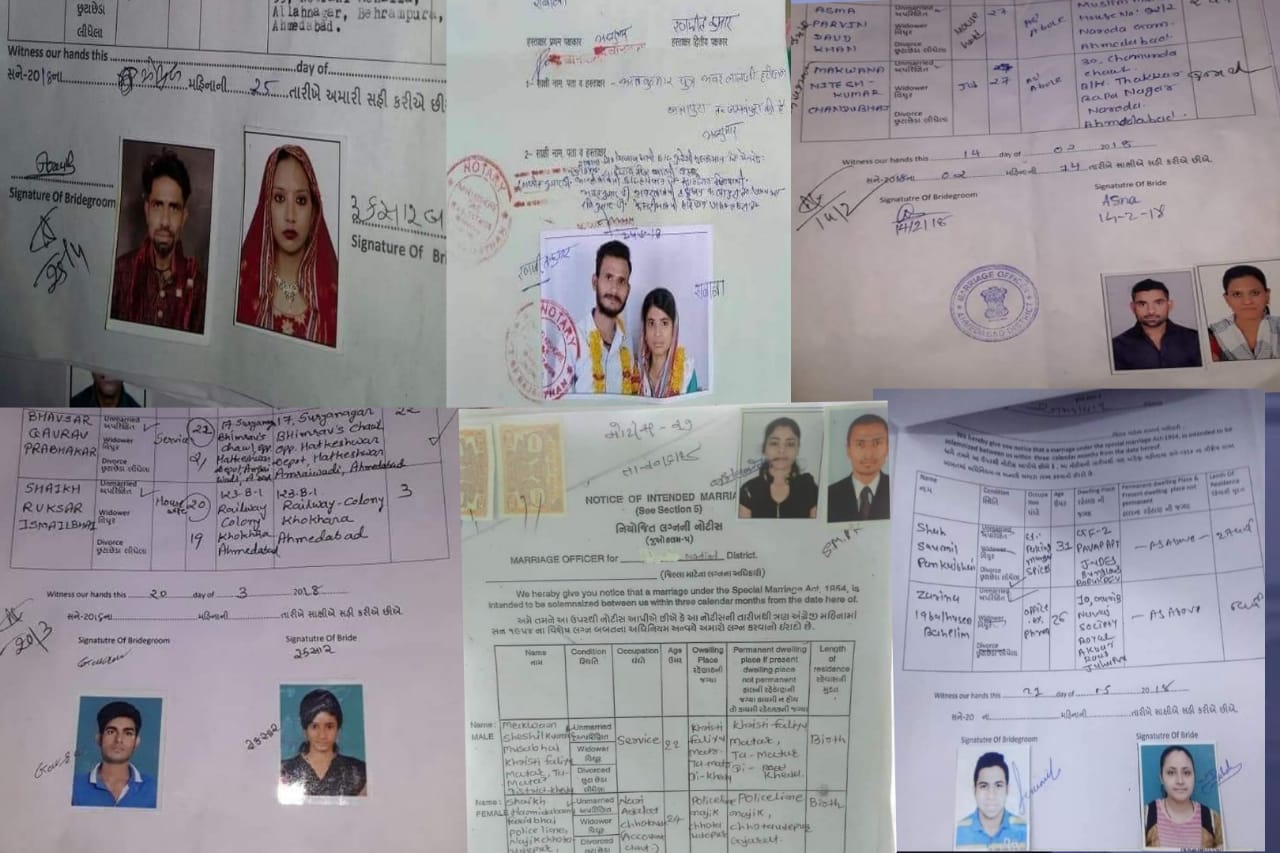 New Delhi: BJP and its allies have been ratcheting up the ‘love jihad’ bogey accusing Muslim men of marrying Hindu women, but  a number of incidents, of late, reveal opposite to the weird accusations as scores of Muslim women came out to narrate their trial and tribulations following marriages with Hindu men, most of which appeared to be part of an organized attempt by right wing groups having support of their political masters.

On July 16, a Muslim woman accused a Hindu man of luring her into a marriage and ruining her life. She said that the man wanted her to convert before the marriage to which she agreed also, but he turned out to be monstrous. “He often thrashed me,  tortured me mentally and even forced me have unnatural sex with him,” said the woman, who hailed from Madhya Pradesh’s Alirajpur district. She added that he also forced me to abort their child.

This is not new. Similar incidents have taken place in various other parts of the country. Multiple documents accessed by Muslim Mirror suggest that marriages between Hindu men and Muslim women have taken place on a large scale. There have been instances when Muslim women were abused, beaten, and, even killed after they refused to convert to the Hindu faith. According to a few media reports, in October 2020, a 20-year-old girl was fatally set ablaze after she refused to enter into an interfaith marriage with a Hindu man.

20-year-old Gulnaz was burnt alive because she resisted harassment. The news didn’t cover it, because her religion, and that of her murderers, didn’t fit the narrative being fed to us. Instead, we criminalise inter-faith marriages. #JusticeForGulnaz – justice, if there is any.

“Shakuntala Bharti was keeping my sister with her. She is converting Muslim girls. They have converted my sister. This is a team. Why does Shakuntala Bharti interfere in the matters of Muslims? She did not even let my sister talk to me,” the girl’s sister was quoted as saying by India Today.

According to the India Today report, the girl, who went missing from her house and married a Hindu boy, had said that she married on her own will and no one had put any pressure on her.

In December 2020, two Muslim girls who were married off to Hindu men were given protection by Uttar Pradesh Police. According to media reports, members of a saffron outfit also came forward in support of the couple. The marriage was solemnized in a temple in the Rithora area after the girl converted to Hinduism. The girl’s family had lodged a case against her husband, who was booked on charges of abduction and robbery.

In 2017, an RSS-affiliated group, The Hindu Jagran Manch (HJM), started a campaign called “beti bachao, bahu lao”. The outfit had planned to facilitate around 2,100 marriages of educated Muslim girls to Hindu boys.

Likewise, the All India Hindu Mahasabha, a far-right Hindu political party, had announced a prize of Rs 2 lakh to a Hindu boy for marrying a Muslim woman. The outfit had also said that it would also cooperate in providing employment opportunities apart from facilitating marriages.

In the last couple of years, right-winger Hindus have been trying hard to objectify and sexual Muslim women. In July, Ram Bhakt Gopal, a Hindutva activist who shot a student at Jamia Millia Islamia during anti-Citizenship Amendment Act protests last year, encouraged the crowd at a Hindu Mahapanchayat which was organized in Pataudi to kidnap Muslim women. Most recently, over 80 Indian Muslim women were put on sale on a fake auction online; religious bigotry laced with misogyny directed towards Muslim women doesn’t seem to be ending anytime soon.