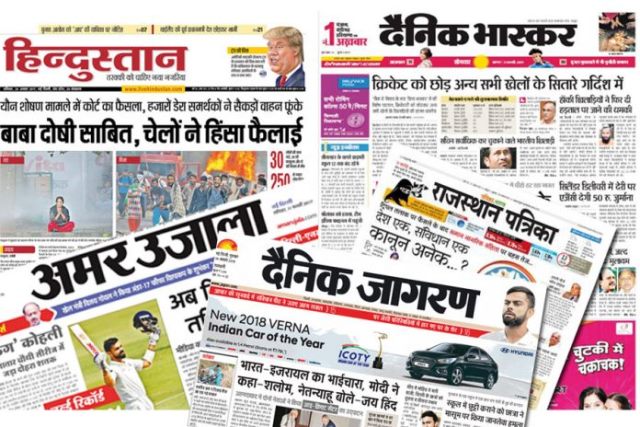 Apart from Budgetary allocation for minority Department, Low intensity bomb explosion near Israel Embassy, President’s address to Joint session, Fund collection for Ayodhya Ram Mandir,  there are some more news in  this week seek much heed.

Dr. Shah Faisal is supposed to come back in government service after trying his luck in politics. It’s rumore has it  that he is being appointed as an adviser to deputy- Governor of Laddakh. Before resignation Dr. Faisal was Asst. Commissioner, revenue of Pulwama district. His resignation is still in pending.  However, Dr. Faisal is silent on this surmise. (Dainik Jagran , January 30, 2021)

In Delhi riots Madina masjid of Shiv Vihar was set on blaze. Karkarduma court has directed the Delhi Police to register FIR. Additional chief Metropolitan magistrate Mayuri  Singh observed that It was clearly a cognizable crime and needed  proper enquiry.  M R Shamshad had filed a case in the court demanding for direction to Delhi cops to register separate case of setting the mosque on fire. Previously, in the status report police had not found any evidence against the accused. (R Sahara, January 30, 2021). In an another Delhi riots’ related case; Karkarduma court rejected the bail plea of Devangna Kalita of JNU. She was a member of Pinjra Tod group. (Rastriya Sahara, January 30, 2021)

Budgetary allocation to Ministry of Minority Affairs- Ministry of Minority Affairs has been allocated over Rs 4810.77 crore in 2021-22 union budget which is 805.77 crore more than revised figures of previous fiscal year.(Rashtriya Sahara, 02-02-2021)  In its recent Press Conference Jamaat-e-Islami Hind a socio-cultural organization of India said that last fiscal year the budget allocated to minorities department was over Rs. 5029 crore which is much less than the previous fiscal.  In the social sector, there was a huge cut in RE compared to BE 2020-21. The same cuts are being carried forward into budgetar estimate 2021-22. The budgetary allocation for education has been slashed in comparison to the budgetary outlay for fiscal year-21.

Low intensity bomb explosion near Embassy of Israel – A crude bomb went off near embassy of Israel. Jaish ul Hind has taken the responsibility of attack. According to media reports central investigative agencies have found a telegram chats through a dubious channel. In the chats the terrorist organization is talking proudly of the explosion. The agencies are engaged in verifying the claim. (Nav Bharat Times 30-01-21). Prime Minister Narendra Modi in a telephonic talk with his Israeli counterpart Benjamin Netanyahu said that India would use all the resources to punish the perpetrators of the terrorist act (Jansatta 02-02-21).The government has entrusted the case to NIA. (Dainik Jagran 03-02-21). Delhi police searching 6 suspects of Al Qaida group after the attack. Abu Sufiyan of Chatra and Sayeed Mohammad Arshiyan of Jamshedpur are the names among 6 suspects. (Hindustan 03-02-21).

President’ s address to Joint session- During address to the joint session of parliament  the president of India mentioned the government’s important works, such as –revoking of article 370, passing of cCitizens Amendment Act (CAA),  outset of splendid Ram Mandir construction after the judgment of Supreme Court and etc. In his address the president Ram NAth Kovind also observed that government is ready to remove the misconception of farmers and strongly guarded the all three Farm Laws. He said that it was needed for the improvement of agriculture sector. (Dainik Jagran 30-01-21).

Drive for Fund collection for Ayodhya Ram Mandir –  Under the drive for Fund Collection for the construction of Ayodhya Ram Mandir, 40 thousand Rambhakt tolies (groups) will come out on capital road. Provincial chief of the drive Bharat ji  informed that Delhi has been apportion into 1884 basti (colonies). (Rashtrya Sahara 30-01-21).  MP Manoj Tiwari  knocked  the every door of Chand Bagh and collected the dedicated fund for Ram Mandir construction. Wasim Saifi contributed 21,00 to the dedicated fund. (Dainik Jagran 02-02-21).  Jhabua MLA  and ex- cabinet minister Kanti Lal bhuria said that BJP and RSS collect money in the name of mandir and  consume alcohol in the evening. (Dainik Bhaskar 03-02-21). National acting treasurer of The Congress pavan Kumar Bansal  said in the press conference that BJP has used the Ram Mandir for political purpose and took in its possession. Fund collection is merely a politics, so he refused to contribute. (Dainik Bhaskar 03-02-21).

In a letter to the Prime Minister groups of concerned citizens of India, social activists and religious leaders demanded that immediate action should be taken  to stop the coercion in the Fund collection drive for the construction of the Ayodhya Ram Temple. Some people are disturbing the law and order under the pretext of fund-collection and are resorting to violence against minorities by taking the law in their hands. The drive for Fund Collection for the construction of Ayodhya Ram Mandir started on 25 Dec. 2020 from the state of Madhya Pradesh, which resulted in communal violence on a large scale. It has taken place in four districts of Madhya Pradesh, namely Mandsaur, Chandankhedi (Indore), Ujjain and Rajgarh. In the Jeerapura locality, there was massive destruction of public and private properties, loss of innocent lives and grave injuries to many inhabitants.