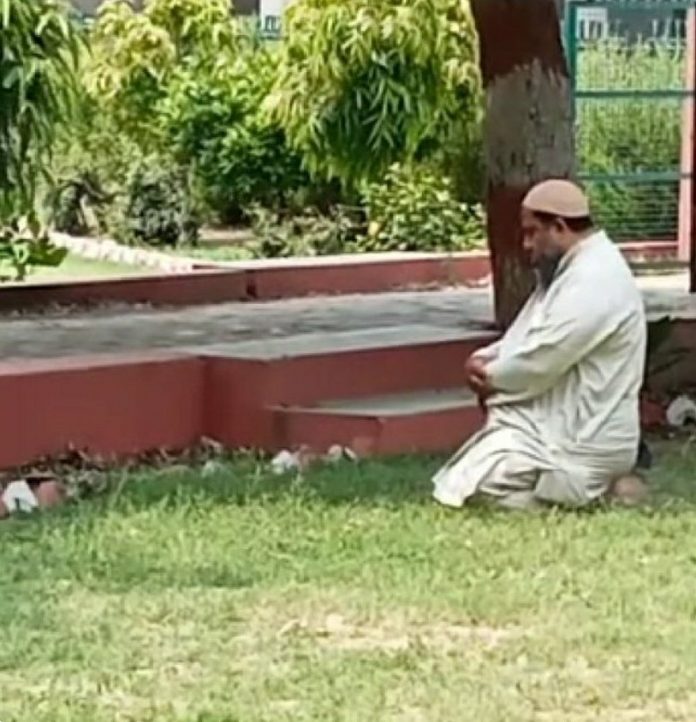 A professor was sent on leave by a private college in Aligarh after he offered namaz on the campus. This comes after Hindutva extremist groups such as Bharatiya Janata Party and Yuha Morcha protested against the professor and the college.

Imagine a respected professor having to explain why he offered Namaz in a college where Saraswati Pooja is regularly celebrated and the Principal calls it "culture". https://t.co/QGyEKSE6ZS

Akhil Bharatiya Vidyarthi Parishad (ABVP) filed a complaint at the Gandhi Park police station in Aligarh in connection with the same. However, the complaint has not been converted into an FIR so far.

Police said that a probe has been initiated in connection with the same.

Amid growing pressure from Hindutva groups, Shri Varshney College principle Anil Kumar Gupta condemned offering of namaz on the campus. He added that such activities will not be tolerated.