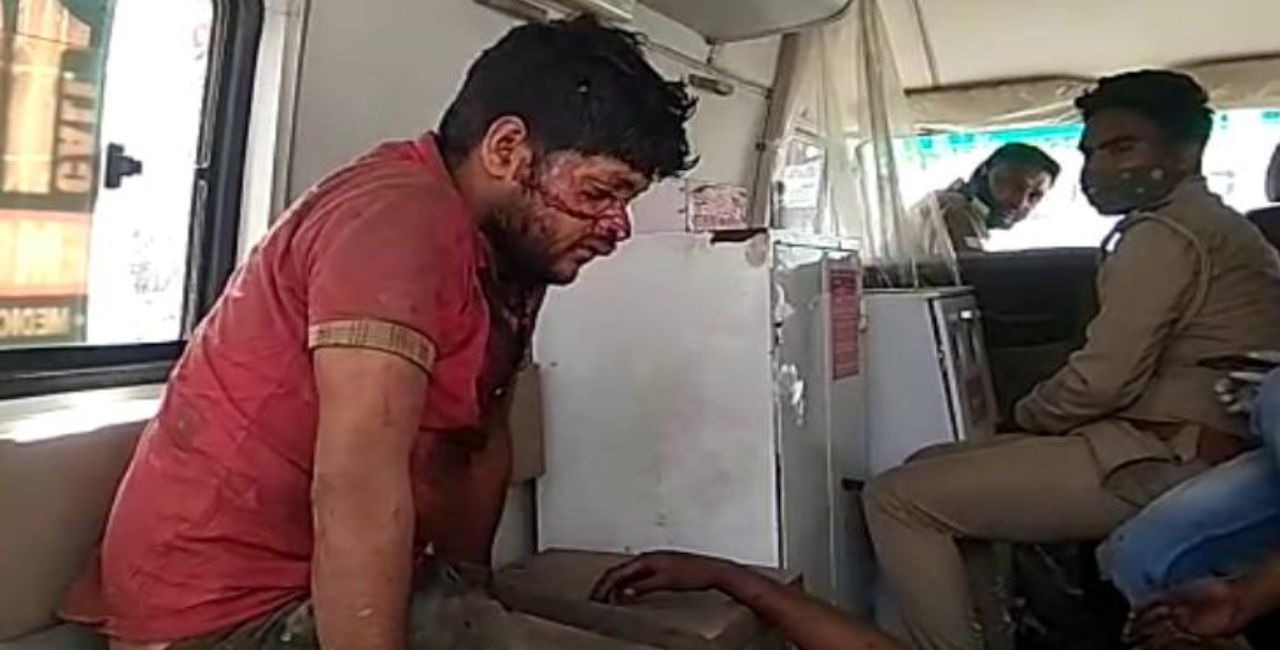 New Delhi: A group of cow vigilantes lynched a Muslim man to death and injured five others in Uttar Pradesh’s Mathura district on Wednesday night.

The deceased have been identified as Shera Khan. Other victims are Anees, Rehman, Shahzad and Kadim according to a news report by The Hindustan Gazette. One name is missing in the report.

The vigilantes attacked them alleging that they were smuggling cows from Kosi Kalan village in Mathura and were on their way to Mewat.

According to a video by Abstar news, Chandrashekhar baba, a priest from Barsana Ashram, confess he was at the spot where the brutal lynching took place, confronting the Muslim youths.

“I got a call at 3:30 in the morning that a group of men were smuggling cows. I and another man left on a motorcycle to the location.”

The five survivors of the attack were admitted to the district hospital for treatment.

The police said half a dozen cattle were recovered from the spot and vehicles have been seized.

In a video tweeted by Mathura Police, local SP Shirish Chand said that action would be taken in connection with cow smuggling.

He was further quoted by Hindustan Times as saying that the five companions of the deceased are in police custody and that they have been currently referred to the district hospital for treatment.

He further alleged that they opened fire at the villagers. In retaliation, villagers fired at them and allegedly killed Shera Khan.

However, he has failed to tell how many of the villagers were injured due to the alleged firing by Khan and his companions.