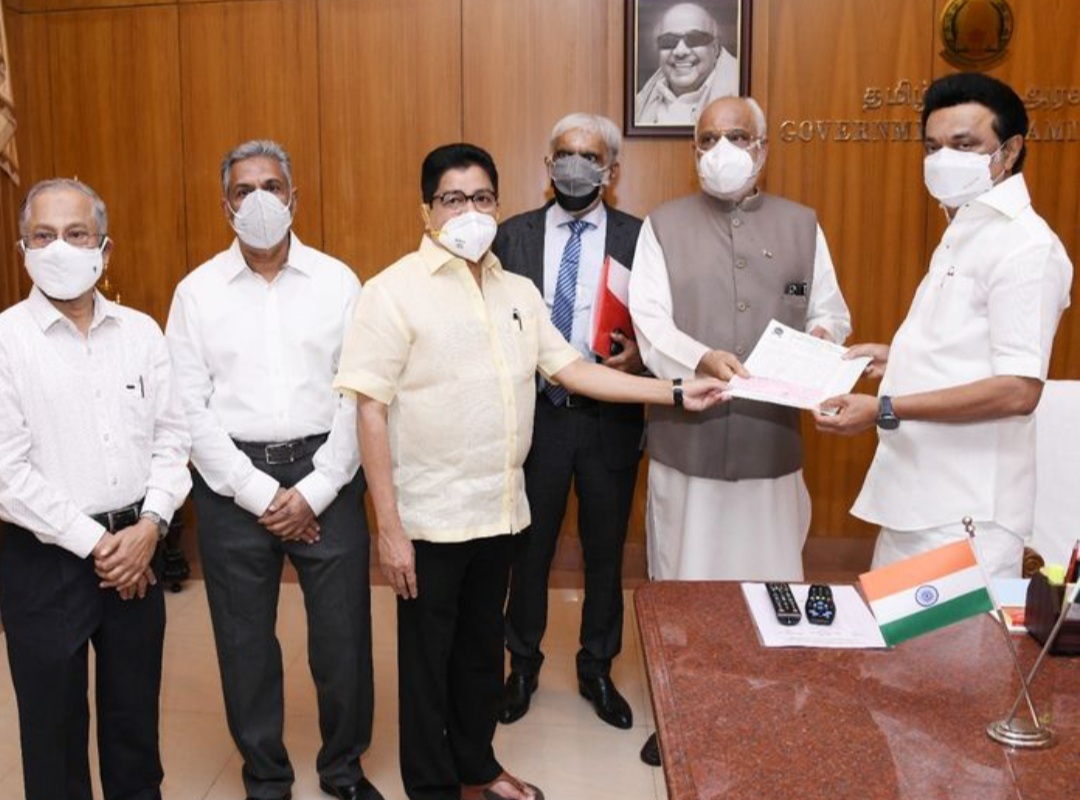 The President of the MEASI, Nawab Mohammed Abdul Ali, Prince of Arcot, accompanied by the Honorary Secretary, Mr. Elias Sait, Honorary Treasurer, a chartered accountant, and the secretary-general of Seafood Exporters Association of India, Mr. Najmuddin Majeed, Executive Committee members a philanthropist and businessman, Mr. K. Alauddin (former IAS officer) and Dr. Junaid Rasheed, called on the State Chief Minister, Mr. M.K. Stalin, and handed over the cheque to him. The Chief Minister thanked the President and the E.C members of the MEASI for their handsome donation for a deserving cause.

MEASI, is a premier Muslim institution in South India. It is the parent body of The New College, a prestigious college in Chennai. There are several insitutons run under MEASI. The MEASI Insitute of Architecture, Institute of Management, Institute of Information Technology, College of Education, Chartered Accountants Academy, and MEASI Matriculation Higher Secondary School. Altogether MEASI has the strength of 8,500 students and 6,000 members.