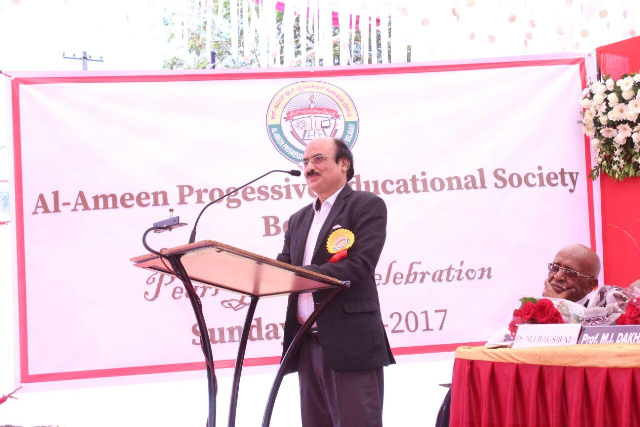 Renowned Scholar and Head of Chair in Islamic Studies at Yenepoya University, Mangaluru, Dr Javed Jamil has called for “holistic empowerment” of Muslims to remove their backwardness. He was speaking as Chief Guest in the Pearl Jubilees Celebrations of Al-Ameen Progressive Educational Society at Belgaum (Belgawi). He said that multidimensional, multi-sectoral, multifaceted, sustained and well-coordinated efforts are required if the community has to find its rightful place in India’s Secular framework.

He argued that Muslims have to work at 4 levels of Empowerment: Ideological, Social (including Educational and Health), Economic and Political. He argued that without economic empowerment, all other dimensions of empowerment become crippled and stressed for the need of large-scale Muslim participation in consumer industry.

Dr. Jamil hit hard against the mischievous propaganda that Muslims are involved in terrorism. He said that ISIS is an organization created by West to malign Muslims and even if ISIS killings are included, the number of Muslims killed by America is 30 times more than the total number of people killed by Muslims. He also gave figures that in last three decades more than 35000 people have become the victims of terrorist related deaths in India and Muslims have allegedly been responsible for not more than 1500 out of them. 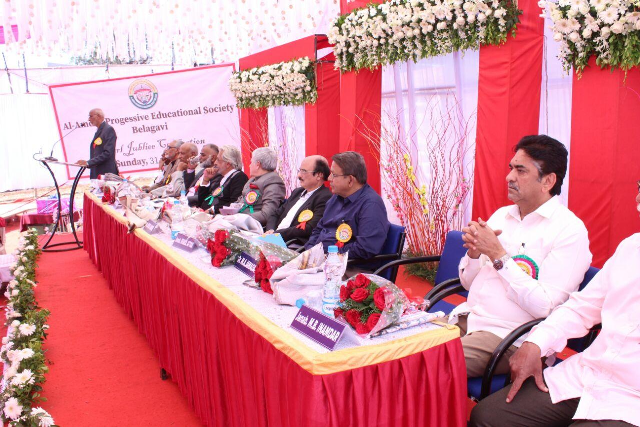 Dr. Jamil said that Muslims are legally a minority, ideologically second biggest majority and socially part of majority in India. Muslims must not always act as minority but also must act as second largest ideological bloc and as part of the majority. He stressed that while Muslims should continue their fight as legal minority but should also raise issues that concern common masses like huge economic inequality, rising crime rates and exploitation of the deprived. “Instead of reactive politics, they must get involved in proactive politics”, Dr Jamil said.  He argued that political empowerment does not simply mean an increase in number of Muslim MPs and MLAs and is more about the ability of Muslims to effectively raise the important issues.

Al-Haj Firoz Sait, MLA, stressed the need of Muslim educational institutions attaining highest standards. He said that Muslims must seek cooperation of all communities and all the deprived sections of society need to come together to save India from the imminent dangers of divisive politics.

Dr. Zahir Kazi, President of Anjuman- Islam, giving the presidential speech, presented several examples of role models for Muslims and stressed the need of improving the quality of Muslim-managed institutions, He argued that “the litmus test of their success will be that non-Muslims will line up for admissions in their institutions.” He said that Muslims will have to act in accordance with the demands of the Plural India.

On this occasion the newly constructed school building was also inaugurated.