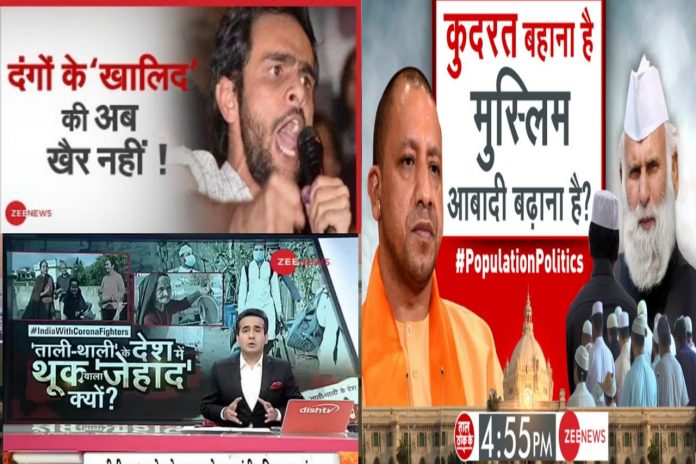 The News Broadcasting and Digital Standards Authority (NBDSA) has directed Aaj Tak, Zee News, News18 and other channels to take down certain shows and videos that vilify Muslims.

The NBDSA has directed News18 to take down a show on “thook jihad”. It said the show, which was hosted by Aman Chopra, amounted to “targeting of a particular community”.

Similarly, the broadcast regulator has directed Zee News to remove a program on Muslim population. It said that the channel failed to justify the title of the show, which read, “Qudrat bahana hai, Muslim aabaadi badhana hai?”

Moreover, the regulation authority has directed four channels – India TV, Aaj Tak, Zee News and Zee Hindustan – to take down objectionable videos on Umar Khalid. The channels were accused of running a “media trial” against Khalid.

The body questioned the media for treating the police report as “gospel truth”. “Obviously, that is not permissible,” it said. “The moment the line is crossed and the message is conveyed that Umar Khalid has been proved guilty or there is sufficient evidence against him to prove him guilty, it would become a media trial which is not permissible in law.”