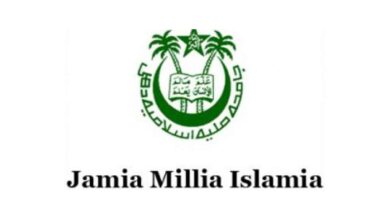 New Delhi : The colleges of Delhi University (DU) have dominated the latest rankings released by the National Institutional Ranking Framework (NIRF) 2022 National Ranking for higher educational institutions across the country.

As per the NIRF Rankings 2022 released on Friday by the Union Ministry of Education, DU’s Miranda House College as well as the Hindu College have been selected as the first and the second top educational institutions respectively across the country. Overall, six colleges from DU are selected among the top 10 colleges across the country.

DU’s Lady Shri Ram College has bagged the fifth place among the top 10 colleges across the country. At the seventh place is the Atma Ram Sanatan Dharma College and the famous Kirori Mal College is at the tenth place, both of these colleges are afffiliated with DU.

DU has not been able to register its name in the top 10 universities across the country despite best performance by the colleges affiliated to it.

These universities have achieved this ranking in the NIRF-2022 National Ranking for Universities released by the Ministry of Education.

NIRF has been constituted for the national rankings of the universities, engineering institutes, medical education institutions, management, pharmacy and law institutes.

According to the Union Ministry of Education, IIT Madras is the country’s best educational institute in the field of engineering. IIT Madras tops in both NIRF Overall Ranking and Engineering Ranking.

IIT Delhi has been declared the second best educational institute in the country in the field of engineering followed by IIT Bombay at third place, IIT Kanpur at fourth place and IIT Kharagpur at fifth place.— IANS