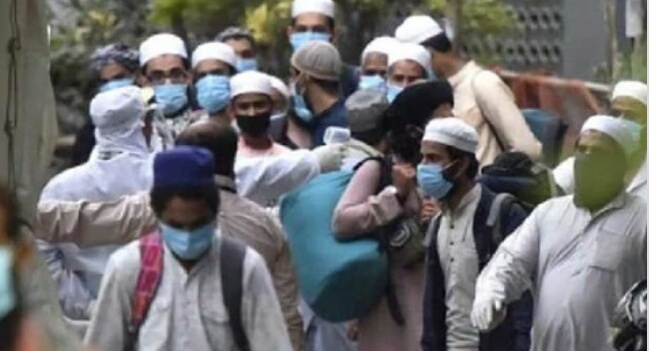 New Delhi, April 8 : As the country enters the third week of its 21-day lockdown, the total number of confirmed cases of novel coronavirus surged to 5,194 and the death toll touched 149 on Wednesday, according to the Ministry of Health and Family Welfare.

Out of the total cases, 4643 are active, 401 individuals have recovered and discharged from the hospital, one person migrated to another country and 149 people succumbed to the disease. Amongst the total affected people, 70 are foreign nationals.

But surprisingly out 38 corona positive cases in Bihar non is the member of  Tablighi Jamaat.

Not a single person from Tablighi Jamaat has been tested positive in Bihar so far, this included the regular members of Tablighi Jamaat, the Tablighi members from  abroad who were caught in lockdown in the state or those who attended Nizamuddin Markaz event in  March, said Maulana Farhan Nadvi, the head of the group in Bihar while speaking to Muslim Mirror.

Maharashtra remained the worst hit state with a total number of positive cases rising to 1018, followed by Tamil Nadu which has 690 cases, according to the Health Ministry.

The national capital appeared to be fast catching up with 576 total cases so far and nine deaths, as the Aam Aadmi Party government plans to go for random testing at all hotspots in the city.

The Markaz or Global Centre of the Tablighi Jamaat at Nizamuddin West in New Delhi has emerged as the hotspot for Coronavirus spread. The reason is this religious center had organized a three-day meet from 13-15 March. In this over 2,000 people took part a few included from Indonesia, Malaysia, Saudi Arabia and Kyrgyzstan.