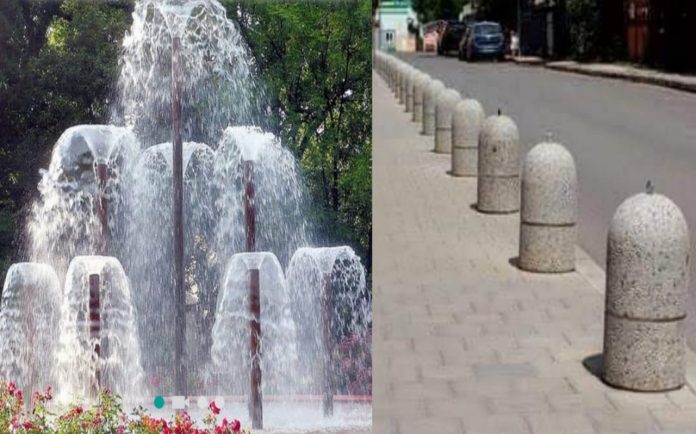 It has been long since I met you.
Quite long actually.

Thanks for not missing me much, though I do feel like slapping hard; No, not you , my dears but someone sitting far away.
Who could it be?
Ah,

Those Chinese occupying our more than 78000 plus acres of land?
Oligarchs buying our Nehruvian assets at dirt cheap prices?
People finding lingams among the fountains of our mosques?
Or, Elon Musk?
Well,

All of them actually
But what would my one slap do to them.

It would be brushed off with ease or may be they would slap me back.
Hard on my nose.

Na na, let’s forget slapping hinsa( violence) and become Gandhian non- violent, because it is always convenient to claim you are Gandhian when you are making a retreat.

I wish this, Becoming Gandhian becomes , ‘fashionable’ again, the ‘in’ thing, for our Hindostani Nijaat or redemption lies in it.

Like those Pre Ache din, of ours, when we mauled verbally and cursed our politicians with full glee and went back home to eat our Haleem.
Aah!

Being nostalgic is a waste of time, waise.
So, what else can we do? To ward off these Pre Ache Din (PAD) convulsions.
You tell?

But I am writing this article, so allow me to tell.

My fountainhead of laughter just got a ling.

I think as a strategy to drive away our “Pre Ache Din” blues which we all keep falling into we can start digging, not our graves, but our houses, yards and what not.

Who knows where our ancestors have buried all those lingams and statue heads?

You can never trust them. Our ancestor Mughals have managed to get us into Ache Din mode long back by making such arrangements well before the time.

That’s why it is said, they were Door andesh..

Don’t ask me to translate it now, Pallavi Joshi of Kashmir Files, can do it for you, if Rekhta asks her that.
Don’t go to Rekhta, that too gives PAD vibes.

Drop the app and buy some books.
Aah!

You got me here.
Being a teacher, I shall always be asking you to read books.

Why can’t you guys keep posting stories on Insta instead? (PAD might run away or minimum would lessen considerably.)

Then keep checking how many eyes it has got?

Those sweltering cups of hot chai, those delicacy personified cookies…
That would make my fasting almost go kaput.

The point of writing all this inanity is to make a general list of all the things we have now been habituated into doing regularly and also taking them to be naturally occurring, since Ache Din began with a bang.

After making tea and getting the ‘lawazemaat’ (cookies etc) ready, half their time would go into calling out to all the rascallas at home.

And we the rascallas nowadays never invite anyone for teas.

We are happy posting pics on Insta.
That is what our lives have become. Just an insta story.

To be relished and forgotten in that same second that it is consumed.
But thank God, our stories are posted still on Insta and not on Lynch-din.
Not yet.

Whatever you think and from whatever point you think it from, life is a gift, the biggest gift of God which we get to waste on Insta Twitter and that cursed Facebook. Many believe every form type scope of Social Media is a hidden Dajjal penetrating holes into the wrappings of the gift of life.

Life literally seeps out of these dajjali holes. Wish we could post a story of it with that recent selfie of our old little Black hole.

But relieving Pre Ache Din Blues is also necessary and for that Social Media comes handy.

Now you know this cycle?
Insta, story, chai, Dajjal and then…?
Ache Din!

What else my dear fellas?
What did you expect of the hell?
It is not coming, it has arrived for us in these forms of Lynch-Dins where posting a pic of a chai cup is relished more than sipping it with a calm every human creates for himself.

When did this change?

It changed right under our noses when we were browsing like it’s a meditating practice and our children followed us in our finger tips.
No, I am not taking you into *Social Dilemma, we don’t need anyone to tell us that.

We are doomed.
Look, anywhere, you will find it closer than you imagined.

We don’t need a Hitler to send us to a concentration camp or a Truman to blow us away into the nuclear smoke.

Now if you knew Hitler but had to google Truman, then here in lies your answer or say your Dajjal.

Earlier we would notice and twirl our noses if some person was found glued to their screens nonstop.
Now nobody notices , even rarely because everyone is doing the same; that is glued to their screens.
If teenagers respond to your calls in between the scrollings up or down, think yourself lucky.

Now such weird habits are observed even in the most Fivers.

(Fivers are people who cherish their daily prostrations five times a day.)
Whatsapp is the most lecherous of the cousins in the social media circle. One lady I know updates her statuses almost nightly between 2 am to 3 am.

People would say I am nit-picking.
Nay, I am only registering my observations as an over enthusiastic fountain head of my home.
Quest for the Lingams has got us far.
I have started searching for clues to hidden treasures in our homes, especially the older ones.

But, nay, no, yes; Ache Din Blues can be wriggled not just with ,’Lingam Searches’ but with insta-tooter as well, for the elites and Whatsapp for you know, who.

Imagine a fountainhead telling a lingam, Bhai, have mercy, I am not that,I do not look and that you want me to look.

Lingam replies; Bhai, I am helpless. I was usually planted in Bodhi temples but do not remember me being buried in the mosques. They would have dug me out and chucked away, there and then. Why would they keep me? What use?

*Social Dilemma is a 2020 adocudrama where tech girants sound alert on how social media is designed to nurture addiction.