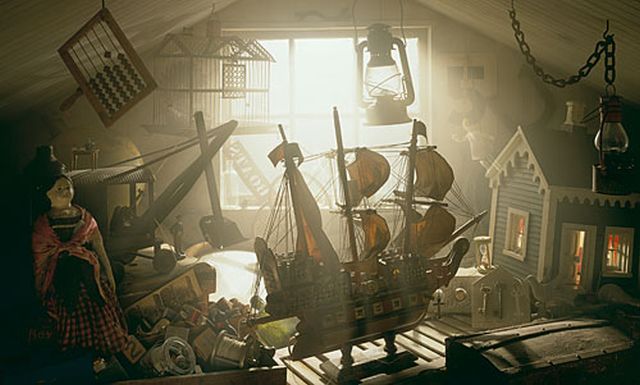 New Delhi : Flick through a mysterious tale around a killer who has terrorised the residents of Chicago; read a thrilling book featuring legendary spy, assassin and art restorer Gabriel Allon; go through a collection of classic ghost stories; and, finally, a searing, spellbinding blend of cold-case thriller and psychological suspense.

Thrill, mystery and excitement is what the IANS bookshelf offers for this weekend.

1. Book: The Fourth Monkey; Author: J.D. Barker; Publisher: Harper Collins; Pages: 404; Price: Rs 399
For over five years, the Four Monkey Killer has terrorised the residents of Chicago. When his body is found, the police quickly realise he was on his way to deliver one final message, one which proves he has taken another victim who may still be alive.

As the lead investigator on the 4MK task force, Detective Sam Porter knows, even in death, the killer is far from finished. When he discovers a personal diary in the jacket pocket of the body, Porter finds himself caught up in the mind of a psychopath, unravelling a twisted history in hopes of finding one last girl, all while struggling with personal demons of his own.

With only a handful of clues, the elusive killer’s identity remains a mystery. Time is running out and the Four Monkey Killer taunts from beyond the grave in this masterfully written fast-paced thriller.

2. Book: House of Spies; Author: Daniel Silva; Publisher: Harper Collins; Pages: 526; Price: Rs 399
Four months after the deadliest attack on the American homeland since 9/11, terrorists leave a trail of carnage through London’s glittering West End. The attack is a brilliant feat of planning and secrecy, but with one loose thread.

The thread leads Gabriel Allon and his team of operatives to the south of France and to the gilded doorstep of Jean-Luc Martel and Olivia Watson. A beautiful former British fashion model, Olivia pretends not to know that the true source of Martel’s enormous wealth is drugs. And Martel, likewise, turns a blind eye to the fact he is doing business with a man whose objective is the very destruction of the West. Together, under Gabriel’s skilled hand, they will become an unlikely pair of heroes in the global war on terror.

3. Book: The Haunted Library (A collection of ghost stories); Curator: Tanya Kirk; Publisher: Niyogi; Pages: 232; Price: Rs 450
The Haunted Library is a new collection of classic ghost stories many of which have never before been anthologised from the golden age of the genre in the late 19th and early 20th centuries. Each of these stories revolves round the arcane secrets and dark psychic traces to be found in libraries, museums and other treasure troves of hidden knowledge.

The 12 stories included are “The Nature of the Evidence” by May Sinclair, “Mr Tallent’s Ghost” by Mary Webb, “The Lost Tragedy” by Denis Mackaill, “Bone to His Bone” by Edmund Gill Swain, “Herodes Redivivus” by A.N.L. Munby, “The Book” by Margaret Irwin, “The Whisperers” by Algernon Blackwood, “The Tractate Middoth” by M.R. James, “Afterward” by Edith Wharton, “Fingers of a Hand” by Theo Douglas, “The Apple Tree” by Elizabeth Bowen, and “The Work of Evil” by William Croft Dickinson.

4. Book: The Good Daughter; Author: Karin Slaughter; Publisher: Harper Collins; Pages: 503; Price: Rs 350
Two girls are forced into the woods at gunpoint. One runs for her life. One is left behind.

Twenty-eight years ago, Charlotte and Samantha Quinn’s happy small-town family life was torn apart by a terrifying attack on their home. It left their mother dead. It left their father — Pikeville’s notorious defence attorney — devastated. And it left the family fractured beyond repair, consumed by secrets from that terrible night.

Twenty-eight years later, and Charlotte has followed in her father’s footsteps to become a lawyer herself — the ideal good daughter. But when violence comes to Pikeville again — and a shocking tragedy that leaves the whole town traumatised — she is plunged into a nightmare. Not only is she the first witness on the scene, but it’s a case that unleashes the terrible memories she’s spent so long trying to suppress. Because the shocking truth about the crime that destroyed her family nearly 30 years ago won’t stay buried forever.