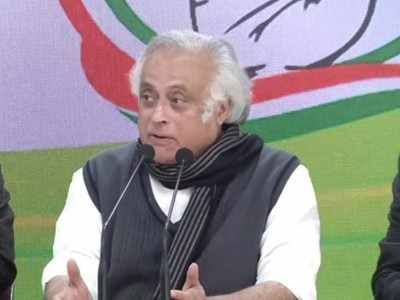 New Jan 9 The Congress on Thursday accused the Centre of complicity in the Jawaharlal Nehru University (JNU) violence and said that even after 72-hours since the incident no culprit has been identified and arrested so far.

Congress leader Jairam Ramesh said: “The Minister of Human Resource Development and the Home Minister are responsible for the attacks. This is officially sponsored “goondaism” in JNU.

“We demand that those responsible for the violence should be arrested immediately as 72-hours have passed.”

The party targeted the JNU Vice-Chancellor again for the series of events in the University.

Jairam Ramesh alleged: “With this VC the campus cannot return to normalcy and government should force him to resign.”

Ramesh expressed surprise over the fact that the “Vice-Chancellor was being too powerful and when the HRD secretary had some formula on the JNU, the secretary was removed from the post”.

“The party demands that the Vice-Chancellor be removed and students demands met,” said Jairam Ramesh.

The Congress fact finding team that visited the JNU campus on Wednesday, will submit its report on Friday to party interim chief Sonia Gandhi. The report will also be discussed during the party”s top decision making body, the Congress Working Committee, meeting on Saturday.

The four-member fact finding team was led by former Congress MP and women wing chief Sushmita Dev, and the other three included — MP Hibi Eden, National Students Union of India”s former President Amrita Dhawan, and MP and former JNU Students Union President Syed Nasir Hussain — visited the university campus on Wednesday afternoon. The team met the students injured in the violence which broke out on the campus on Sunday.