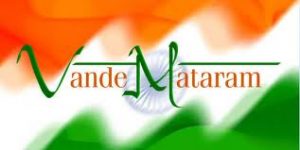 I am writing this after reading Firoz Bakht Ahmed’s views on Vande Mataram. I consider Firoz as a friend whose heart cries for the sorry state of the Muslims of India. Yet he is wrong on the issue of Vande Mataram. Most important is the fact that Muslims can never worship the land. We worship only Allah. We love our country. But militant nationalism is against Islam.

The song was part of the novel “Anandmath” which was strongly anti Muslim. The author Bankim Chandra Chatterjee was heavily influenced by the rural communal and economic divide in what is now Bangladesh. The land owners were mostly Hindus, while the tillers were mostly very poor Muslims. Among these landowners were prominent and most secular families like those of Rabindranath Tagore. Yet the communal polarisation was so deep that the Viceroy Curzon had to partition Bengal in 1905. This was welcomed by the Muslims, but equally strongly opposed by the Hindus. The divide was personified by this very song Vande Mataram. The British finally cancelled this partition six years later. But the 1947 division in Bengal broadly followed this line. How can we ignore the cry of saffron forces, particularly Bal Thackeray that if Muslims want to live in India, they must sing Vande Mataram.

I am troubled by Firoz invoking the name of Maulana Azad, his great uncle, in defence of Vande Mataram. That could hurt Muslims far more. Maulana Azad is one leading figure that binds Muslims of India to the national mainstream. By connecting him to Vande Mataram, we may damage the Maulana’s standing within the community. That would weaken the process of emotional integration Muslims within the national landscape.

—
Prof. Bandukwala is the president of PUCL, Gujarat.