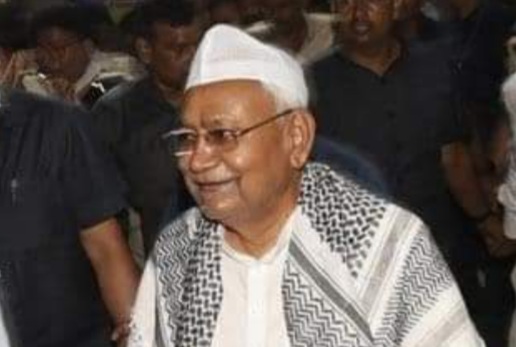 Amid the highly polarized political atmosphere the love hate love relationship between Nitish Kumar and Muslims of Bihar is an outlier where by and large the two protagonists have maintained mutual respect despite belonging to two diametrically opposite political camps. The investigation of this relationship and the mutual regard is important as both the parties to this socio-political construct behave inconsistently outside their relationship.

Nitish Kumar has been one of the founding member of BJP led NDA and has been in alliance with the right wing party for the major part of the past twenty five years. More importantly the period has been coterminous with the BJP’s rise in Bihar to the extent that BJP has now become the second largest party in the assembly, just smoking distance of Lalu’s RJD and has pushed Kumar’s JDU to a distant third.

The rise of the BJP has been even more dramatic since Nitish became the Chief Minister. Sharing power in the state emboldened the right wing party who used it to further it’s organizational reach and strength. While the BJP relentlessly continued on its mission Nitish Kumar comfortably chose to be indifferent, so long as no question was raised on his leadership in Bihar. Interestingly, despite being in alliance with the BJP, during his reign Nitish Kumar successfully ensured that no love was lost between him and the Muslim constituency of Bihar regardless of latter’s voting behaviour.

From welfare policies and general administration to law and order enforcement and grievance redressal his government remained as agnostic as is the norm in India. This bipartisan approach where Nitish Kumar has successfully maintained his socialist and secular image despite being in alliance with the BJP is the quintessential and fundamental abnormality of our ‘post-ideology’ times.

Muslims, the other side of this intriguing setup exhibit an equally incoherent characteristic when it comes to dealing with the Bihar Chief Minister. While Muslims have a million questions to counter the pseudo secular political class all over the country, they would generally talk about the Bihar CM in no bitter tone. It is also a fact that Muslims barring a few occasions have never completely deserted Nitish in his electoral battles despite Nitish being an integral part of the BJP led NDA.

In the wake of the recent atrocities on Muslims across the country a lot of voices from the community are calling out the secular Hindus on their silence. However when it comes to Nitish Kumar the community never questions him on his association with the BJP. It is also remarkable that Nitish Kumar has seldom taken a strong stand against the rise of fascist forces across the country. Whatever we hear from him always appears a forced condemnation, an act performed to decouple his alliance partner in the eyes of the Muslims.

Moving forward with Nitish cruising through the last leg of his political career, and a rising BJP already testing waters for a bigger role in Bihar politics, one wonders what would be the legacy of the veteran socialist. However regardless of the weight of his political baggage he is busy flirting for one last time with his good old friends for the president’s post. And rooting for him is the Muslim community in Bihar waiting with a bated breath to welcome his appointment, speculating on Nitish Kumar’s prospects more than anyone.

On the question of secularism the inconsistency with Muslim’s approach in dealing with Nitish Kumar when compared with the grilling meted out to other political deviants for the same crime is illustrative of the community’s own contradictions. On it’s part the community’s deep seated desire and a more than overt attempt at promoting own leadership clubbed with sympathy for Nitish Kumar and vote for Lalu Yadav is its very own fundamental abnormality, written off as pragmatism.