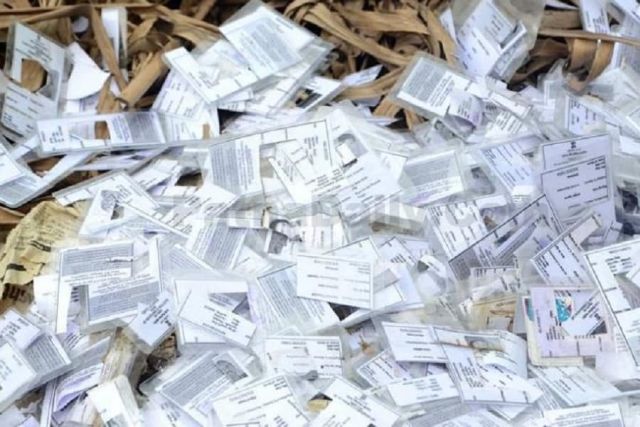 Jaipur : A total of 1,05,299 duplicate/fake voters appeared in Jaipurs electoral rolls and all these have been deleted, said district collector Siddharth Mahajan on Saturday.

Congress had recently complained to the Election Commission demanding a probe into duplicate voters.

The state election department identified the duplicate names with the help of a software, sources said.

The software once installed starts recognising faces and names which are similar. It identifies 20 such people in a group which was highlighted in the Congress list. After reviewing its status, these were removed from electoral list, souces said.

The process of identifying duplicate voters will continue till September 20 and the right figure will be known after the process is over, said official sources.

Mahajan informed that names of 1,05,299 names have been removed from voters list in 19 assembly constituencies in Jaipur while the process is on to resolve the objections received in the matter.

Assembly polls in the state are due later this year.