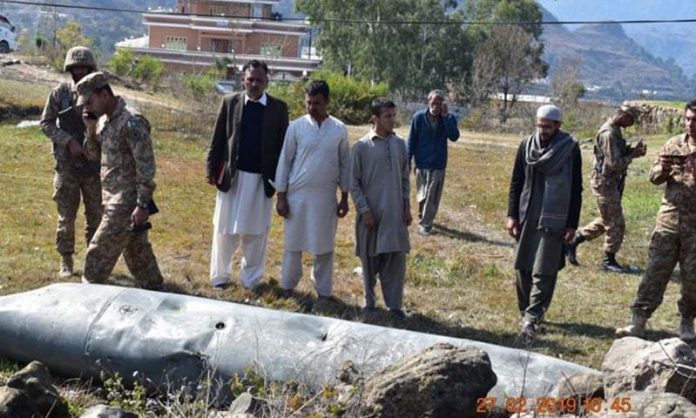 Pakistan has confirmed that it carried out air raids in Indian-administered Kashmir   and shot down two Indian jets in its own airspace, capturing one of the pilots as tensions escalate a day after India bombed targets in Pakistan, reported Aljazeera. 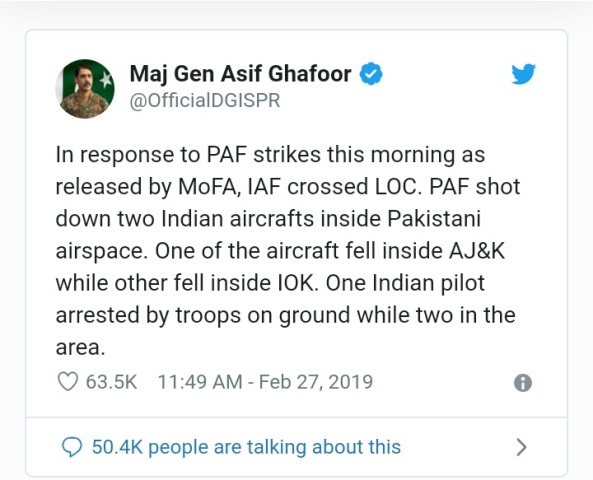 “Today, Pakistan Air Force undertook strikes across Line of Control from within Pakistani airspace,” the foreign ministry said in a statement on Wednesday.

Earlier, Major General Asif Ghafoor, spokesperson of the Pakistani army, said Indian jets had entered Pakistan in response and two fighter jets had been shot down, with one pilot captured.

The development comes as Indian officials said at least three Pakistani combat jets entered the airspace over Indian-administered Kashmir on Wednesday but returned after being intercepted by Indian planes.