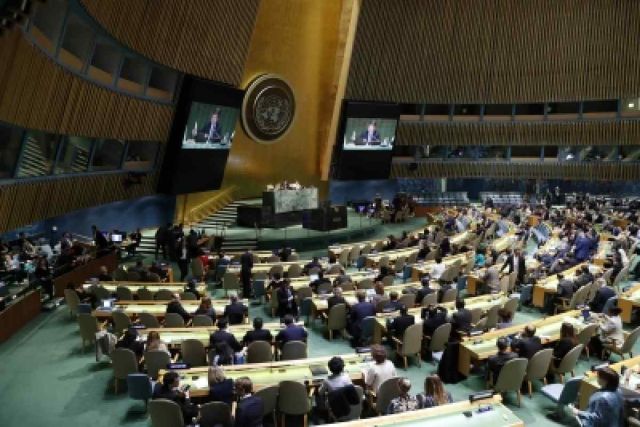 Ramallah : Palestine has welcomed the UN General Assembly’s adoption of four resolutions in favour of Palestine, including one deeming the Israeli settlements in the Palestinian territories illegal.

Palestinian Foreign Minister Riyad Al-Maliki on Friday said in a press statement that Palestine welcomed the UN vote in favour of the resolution and the international support in this regard, Xinhua news agency reported.

The positive results “came in light of Israel’s systematic violations against our people’s rights and its lack of commitment to international law,” he added.

Al-Maliki said that “these decisions affirm the legitimate rights of our Palestinian people, foremost of which is the right to self-determination and the right of Palestinian (refugees) to return to their homes.”

On Friday, the UN General Assembly Fourth Committee adopted four resolutions on Israeli-Palestinian issues, with two in favour of extending the mandate of the UN Relief and Works Agency for Palestine Refugees (UNRWA), and providing assistance to Palestinian refugees.

The rest two are in favour of the property of the Palestinian refugees and their revenue and against Israeli settlements and practices in the occupied Palestinian territory, including East Jerusalem and the occupied Syrian Golan.

The Palestinians want to establish an independent Palestinian state of the territories occupied by Israel in 1967, including the West Bank, the Gaza Strip, and East Jerusalem as its capital. — IANS