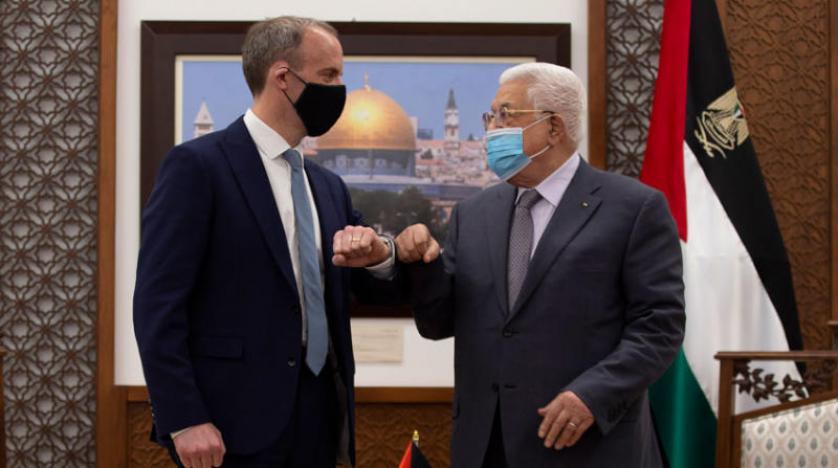 Palestinian President Mahmoud Abbas has called for launching an international peace track in the Middle East aimed at ending the Israeli occupation of the Palestinian territories.

Abbas’ remark was made in a meeting held in the West Bank city of Ramallah on Wednesday with UK Foreign Secretary Dominic Raab, reports Xinhua news agency.

The Palestinian leader added that the Palestinians want to establish their independent state with East Jerusalem as its capital in accordance with the international resolutions.

Briefing the British diplomat on the latest developments in Palestine, Abbas called on the UK to help end Israel’s assaults on the Palestinians in the West Bank and East Jerusalem.

He noted that the ongoing Egypt-brokered ceasefire must be observed not only in Gaza but in all Palestinian territories, saying the international community should help Palestinians in the Hamas-held enclave to rebuild what had been destroyed during the conflict.

Raab reiterated the UK’s position of supporting the two-state solution and the efforts to achieve peace between Israel and Palestine.

The UK Foreign Secretary arrived in Ramallah days after Israel and Hamas agreed to the ceasefire that ended the 11-day bloodshed, the worst since 2014, between the two sides.