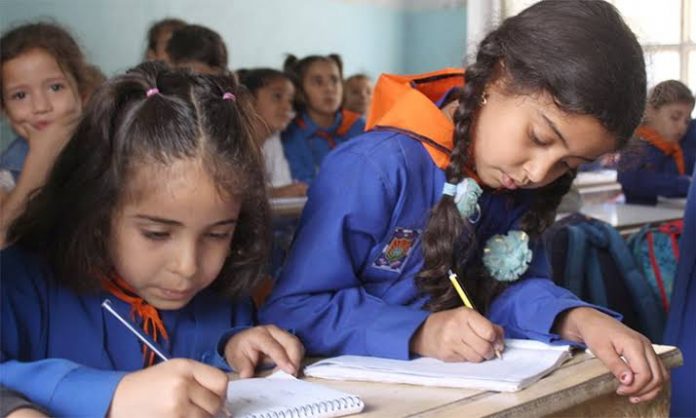 RAMALLAH : Some 150 Palestinian schools in East Jerusalem have closed down to protest against attempts of the Israeli government to censor textbooks and impose the Israeli curriculum.

About 100,000 students on Monday refrained from going to their schools in compliance with the strike, a warning step after the Israeli government began taking punitive measures against schools to force them to “drop the Palestinian narrative from the curricula they teach and to include the Israeli narrative only”, official Palestinian news agency WAFA reported.

Ziad al-Shamali, head of the Union of Parents in East Jerusalem, said that if Israel’s efforts succeed, it “will have control over the education of 90 per cent of our students in Jerusalem”, reports Xinhua news agency citing WAFA

Some 115,000 students from kindergarten to grade 12 attend more than 280 Palestinian schools in Jerusalem, according to al-Shamali.

On Sunday night, videos went viral on social media platforms, in which residents of East Jerusalem hung up posters reading “general strike, yes to the Palestinian curriculum, no to the distorted curriculum”.

In late July, Israel revoked the permanent licences of six Palestinian schools in East Jerusalem, citing that their textbooks contain content deemed as “incitement” against Israel and its military.

For decades, disputes over the textbooks used by Palestinian schools in East Jerusalem have existed between the two sides.

The Palestinians slam Israel for interfering in their choice of textbooks and hindering them from receiving financial assistance for education from international organisations and Western countries.

Israel occupied the West Bank and East Jerusalem, both claimed by the Palestinians, in the 1967 Middle East war, and has controlled them ever since. — IANS