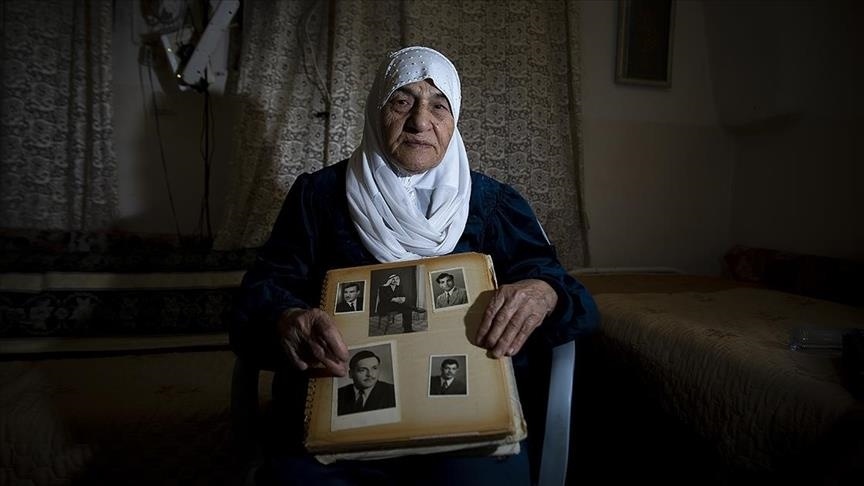 An 83-year-old Palestinian woman who managed to survive the Deir Yassin massacre 73 years ago, remembers that time with great sadness and pain.

More than 250 Palestinians were killed on April 9, 1948, by Zionist gangs when they carried out a deadly attack on Deir Yassin, located west of Jerusalem.

Meryem Akil (Umm Osame) lost her father, mother and two brothers in the massacre when she was just 10 years old.

Akil, who lives in the Sheikh Jarrah neighborhood in occupied East Jerusalem and who is one of the last witnesses to the massacre, told Anadolu Agency about Jewish terror organizations’ attack on the village.

“Women and children began to flee when the conflict broke out, but no one survived the Jewish bullets,” she said.

“Clashes continued throughout the day. Our whole house was under fire. Our mother didn’t know where to hide us,” she recalled.

“They took my 16-year-old brother out into the garden and bowed his head. They martyred him by shooting five bullets in his head. They killed him in front of my sister’s eyes,” she said through tears.

Hundreds of thousands of Palestinians were forced to flee their villages and towns in historical Palestine to neighboring countries including Jordan, Lebanon and Syria.

Residents of another part of Palestinians found themselves displaced to the Gaza Strip and West Bank amid rising attacks by Zionist gangs to pave the way for the creation of the state of Israel.

Palestinian use “Nakba,” in Arabic or “The Catastrophe” to refer to the 1948 expulsions by Zionist gangs.

The Palestine-Israel conflict dates to 1917 when the British government, in the now-famous Balfour Declaration, called for “the establishment in Palestine of a national home for the Jewish people.” – A.A