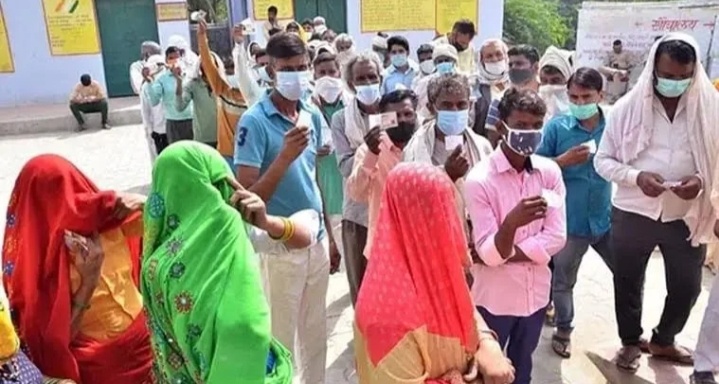 VARANASI/AYODHYA — While the Bharatiya Janata Party (BJP) is leading in most districts in the Panchayat elections, reports coming in from Varanasi and Ayodhya — the two districts crucial for the party politics in Uttar Pradesh — are not exactly encouraging.

There are 40 Zila Panchayat seats in Varanasi and the Samajwadi Party has won 15 seats while the BJP could win only 8 seats.

The BSP has won five seats while Apna Dal has won three seats and the Suheldev Bhartiya Samaj Party has won one seat. Three seats have been won by independents.

In Ayodhya, the Samajwadi Party has won 24 of the 40 Zila Panchayat seats while the BJP could win only six seats. On the remaining 10 seats, the BSP has won five and independents also got five.

Varanasi and Ayodhya have been the focal point of Chief Minister Yogi Adityanath’s development policies and the two cities are being developed as the hub of religious tourism.

The BJP spokesmen refused to comment on the results saying that they would introspect on the reasons for the party’s unexpected performance.

A senior party functionary, however, said that the results were a result of anger prevailing among the cadres and also the number of rebel candidates.

“Cadres have been complaining for long that their grievances are not being addressed in the districts where officials call the shots. This is a warning signal for us and we need to set things right before the Assembly polls next year,” he said.

The functionary, who did not wish to be named, also blamed the local ministers in Varanasi for the party’s poor performance.

“They have not been connecting to party workers. This lack of connect between leaders and workers is responsible for the party’s performance,” he added. — IANS