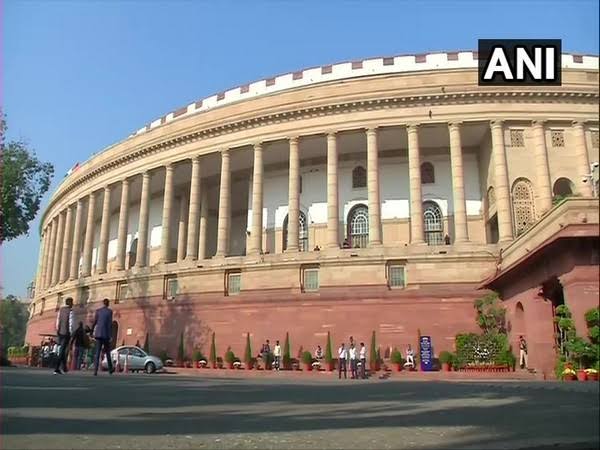 New Delhi: The Arms (Amendment) Bill, 2019 was cleared from Upper House on Tuesday after deliberation for two hours wherein most of the members supported the proposed legislation while making several suggestions. The Minister of State for Home Affairs G. Kishan Reddy said that the bill proposes stringent punishment for illegal weapons and ammunition traffickers.

“Though the Bill is small, it is very important,” said the minister adding that the proposed legislation would help government control proliferation of illegal arms and ammunition in the country.

“Small families are living in apartments. It would not be possible to keep three guns for them to manage,” said the minister.

Talking about heritage guns, the minister said: “If you want to keep heritage gun, you can, but it should not have the capacity to fire. I want to bring to your notice that only one percent of people having gun licence hold three guns, a total of 6.2 percent people holding gun licences have two guns.”

The security forces this year, seized 438 illegal guns and 30,480 ammunition, said the minister adding that in coming years the government will add provision to give licence in form of smart card and will do away with the licence book. “We will have details of every bullet purchased and sold in coming years,” said Reddy.

“I have seen stone pelters beating security forces and running away with guns. I have also seen armed terrorists attacking police stations and stealing guns. So I am bringing the bill to ensure such terrorists should be put behind the bars,” said the minister adding that he urged every member to support the Bill.

However, BJP member Roopa Ganguly was unhappy with the government withdrawing provision of having three licence guns limiting it to two. She however welcomed the move.

N. Chandrasekaran of AIADMK, in his maiden speech in the House, said that he and his party support the bill. “The Bill defines organised crime syndicate. My suggestion is that central government should also keep track on arms manufacturer and sellers,” he said.

“I welcome the move to increase the licence renewal tenure. It will definitely reduce corruption as people used to face harassments for renewal,” said SP member Sukhram Singh Yadav adding that the weapons should be banned during marriage ceremony. “It is a great move by the government,” the member said. Supporting the Bill, the BJD member Prasanna Acharya said, “Gun should not be a symbol of aristocracy.”

BPF member Biswajit Daimary said: “Gun behaviour culture is very bad. Want to know what government”s policy is on arms fights carried out by the militants. For 30 years, these armed militants are blackmailing the government. What is the government doing on this?”

“These are people who were militants and are now members of Parliament. He came from gun culture. Please clarify. Has government anything to say over this?” said Daimary that in the northeast the militants openly carry sophisticated guns and government is dealing with them. That is not correct, he said.

Congress member Digvijaya Singh said: “I welcome giving privilege to sports persons. If you want to stop illegal weapons, go to Dimapur market (in Nagaland)… you have given more powers to police who plant country made pistols to frame innocent people.”

“Why can”t you extend the renewal for life time,” urged Singh recommending the Bill to be sent to select committee. “He has not deactivated heritage guns,” says Singh.

The minister further pointed out that the Act was amended 31 years ago. “Now there is a need to revisit the Act and make changes according to the challenges we are facing,” he said adding that there is spurt in illegal arms smuggling and it is a major concern.

RJD member Manoj Kumar Jha said that 2.8 percent crime is from licence guns and rest by illegal firing. “We welcome the Bill but the government must bring more stringent punishment for celebratory firing,” he said.

Before introduction of the Bill, the Congress member Madhusudan Mistry objected before the chair that the Bill was circulated at 12 noon and it is a matter of concern as they did not get enough time to go through it. He said, “it is becoming a trend that bills passed in the Lok Sabha are introduced in the Rajya Sabha without giving adequate time to the members to prepare for it.”

The Bill which seeks to amend the six-decade-old Arms Act, 1959 to effectively curb crimes committed by using illegal firearms, was passed in the Lok Sabha on December 9.

The Bill bans the manufacture, sale, use, transfer, conversion, testing or proofing of firearms without a license.