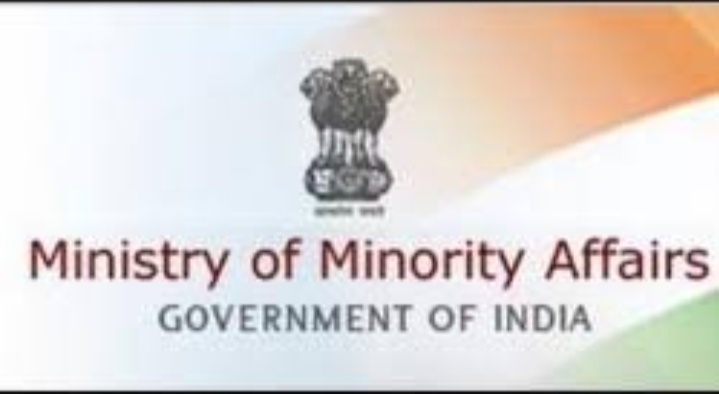 New Delhi:  In its 8th report,   the Parliament Standing Committee on Social Justice and Empowerment has pulled up the Union Minister for Minority Affairs (MoMA) for non- utilization of a large chunk of minority welfare funds. Calling for introspection, the committee said the minority affairs ministry should set up Parliamentary Constituency Level Committees for monitoring various minority welfare schemes.

Reacting to the report, former Union Minister of Minority Affairs, K. Rahman Khan said the parliamentary panel has brought out the truth to the fore. Citing the Jharkhand scholarship scam, Khan alleged that rampant corruption is going on in various minority schemes.

In a shocking revelation, the Parliamentary Committee report said that a large chunk of funds meant for minority welfare remained unutilized till the fag end of this Financial Year (2020-21). It also castigated the Minority ministry for the poor implementation of the scholarship scheme.

The Committee Chairperson Rama Devi presented the report.  Devi is a BJP  MP from Bihar. The report made a host of critical observations and recommendations on the functioning of the minority ministry.   The panel said that it was “surprised” to note that the ministry was not able to spend its budgetary allocation fully during 2020-21 due to the slow pace of expenditure in the scholarship component. The small utilization of funds occurred despite the allocation being reduced by more than Rs 1,000 crore at the revised estimate stage from Rs 5,029 crore to Rs 4,005 crore.

It strongly recommended that the minority ministry should plug loopholes and work with states towards preventing alleged misappropriation of funds under scholarship schemes for minority students.

While assessing the demands for grants for 2021-22 pertaining to the Ministry of Minority Affairs, the report observed that, “The Committee, although, were informed that the said reduction was not for the Scholarship Schemes but for other Schemes of the Ministry, nonetheless feel that as compared to other Ministries implementing similar Scholarship Schemes, the Ministry of Minority Affairs has stood way behind in utilizing the allotted funds”.

The committee is unable to comprehend as to how the ministry would accomplish objectives of these schemes unless all states and union territories complete their processes of re-verification in a very short time, which, in all probability, is not likely to happen, it further said.

“As a large chunk of funds remained unutilized till the fag end of the Financial Year, the Committee recommended the Ministry to review the status of fund utilization by States at regular intervals and vigorously pursue the slow performing States to utilize the funds”.

It suggested that “Select team of officers of the Ministry should visit the most challenging areas for physical monitoring of various welfare schemes being implemented for minorities”.

Referring to Jharkhand scholarship scandal, the panel  also noted  that  it is “quite disturbed” by cases reported about the alleged misappropriation of funds/funds going to fake students under these scholarship schemes for children belonging to underprivileged minorities in six states, which are under investigation/enquiry.

“In one State, after enquiry, the fraud is stated to have happened due to passwords leak by certain vested interests as well as other loopholes”.

The report pointed out that the minority ministry officials have always been claiming that the system is fail-safe due to all transactions/verifications done online, a dedicated portal, cash transfer through DBT and similar measures, which are definitely the need of the hour, it is disconcerting for it to observe that such instances of corruption happened.

For this, it said that the minority ministry should remove all identified loopholes in the system, strengthen privacy of data and passwords and reduce all manual interventions, be it school personnel, banking intermediaries, NGOs or unauthorised persons.

Apart from that the panel said in the 8th report that it is of the strong opinion that the ministry should also counsel the state governments to try to reach out to a sample size of beneficiary minority students directly to ascertain that they are not being duped in the pretext of government scholarships, and that they are actually in receipt, through DBT, of the full amount of the entitled scholarship money for the term, as approved against their names in the portal.

“Also the banks should ensure that the accounts of students do not get closed due to non-activity since minority children cannot do regular transactions, because some evaluation studies have shown that the scholarship money gets reverted also due to accounts being inactive/closed”.

The committee reiterated that fraudulent activity by unscrupulous elements in schools, banks, NGOs, voluntary organisations, etc, who finds ways to circumvent the processes for their personal gains, must be stopped.

The report underlined that “In fact, the Committee learned that recently around 8000 NGOs have been delisted by the Government for various shortcomings in their functioning.”

It sought information on the progress in the ministry’s efforts as well as the outcome of the enquiries currently underway in some states on the matter.

The standing committee is also disturbed with the fact that utilisation certificates for a staggering amount of Rs 3,610.82 crore released up to March, 2019 are pending and some states have proposed to surrender projects involving share of Rs 275.77 crore.

“The Committee cannot but conclude that the Ministry has not been able to shoulder the huge responsibility of this ambitious Scheme. While the Ministry would be requesting for more funds at RE stage to be released to fill the gap in the next Financial Year that is 2021-22, they are also stately seeking an outlay of Rs 2,185 crore for the year 2021-22,”.

In addition to this, the standing panel found that the ministry’s Nai Manzil Scheme is also lagging.

The scheme aims to benefit minority youths including girl students in the age group of 17 to 35 years who do not have a formal school leaving certificate.

“The Committee is disappointed to note that despite aid from the World Bank, the Scheme has been lagging mainly due to non-availability of job opportunities in the vicinity of the beneficiaries particularly for girls who are not willing to take up jobs outside”.

The standing committee stated that it “desires that skill training programmes may include on-line work, which can be done right from home itself, particularly for girls from minority communities”.

It also recommended to the minority ministry that health, children and mother care projects must be accorded due attention as these are of paramount importance for the overall improvement in the living conditions of a minority community.

It is to be noted that the 15th Finance Commission Report has stated that all the schemes are likely to be reviewed for the next five years. In the backdrop, the social justice committee recommended that the monthly/quarterly expenditure plan of the minority ministry for the year 2021-22 must also be executed strictly so that they are able to justify their schemes and project the correct requirement of funds at the revised estimate stage too.

It seems that for Minority Affairs Mukhtar Abbas Naqvi is ‘totally’ engrossed in orgainsing  “Hunar Haat” – a trade fair for indigenous products of artisans and craftsmen- as 27th “Hunar Haat” is being held in Bhopal. During the recently held  “Hunar Haat” in the national capital, this correspondent asked him how much money was earmarked for organizing the Hunar Haat, the minister was not forthcoming simply stating that “paise ke koi kami nahi hai (no dearth of funds).

However, Rahman Khan alleged that Hunar Haat has become a “vested-interest’ business as a cartel is organising these handicrafts trade fairs.

Skill is hunar in Urdu. It is not a new programme of this government. Skill development is an ongoing program since the UPA government,   senior congress leader Khan said.

Who are the implementing agencies for this programme? They (Ministry people) have selected some NGOs, a cartel who is allegedly serving their interest as one organization is imparting   skills to 1,000 to 2000 members, he said.

Whether the organization is actually conducting the skill development course is not monitored, there are cases of corruption, nepotism and misuse in various schemes said Khan who is also ex-Deputy Chairman of Rajya Sabha.

While calling the Jharkhand scandal as “classic example of corruption” he said  corruption is going on in several states and  in Karnataka  two cases are  pending before the  High Court  for misappropriation of the funds of minority ministry to the extent of  Rs  15 to20 crores.

“A handful 5 to 6 dubious  NGOs run various  schemes in the whole country, they create bogus beneficiaries and  money went into their pockets,  and then  there is a lot of  corruption also,  this even comes to the notice of the Court. Jharkhand is the classic case which is widely publicized,” the former minister said.

Basically there is a monitoring defect in the ministry. They are just giving money to the state but   not monitoring, be it MsDP which is going on in 800 blocks or scholarships which are not reaching to intended beneficiaries as there are no credible NGOs to implement this, he underlined.

This is the sheer misuse of minority welfare funds and exactly what the parliamentary committee has stated in its 8th report, he said.

The former minister and congress also criticized for meager increase in the minority ministry budget.

“Mere 1,000 crores were increased in the minority budget in the last seven years, if one takes inflation into account; the amount is less than the allocation provided by the then UPA government”.

Meanwhile, UGC fellowship, the padho aur skiho and other schemes, all are gasping for life.