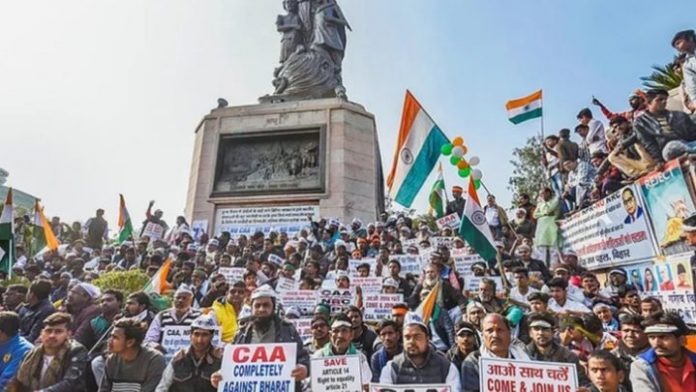 New Delhi: Prominent social organization Popular Front of India on Wednesday said it has filed a PIL in the Supreme Court of India challenging the constitutional validity of the controversial notification issued by the Ministry of Home Affairs (MHA) inviting applications for citizenship from non Muslim immigrants from neighbouring countries. It accused that the notification of MHA was an attempt to implement CAA through backdoor.

The central government- which is facing all round criticism for its alleged inept handling of the deadly second wave of the Covid-19 resulting death of thousands people across the nation-out of blue announced of issuing notification for non Muslim immigrants seeking Indian citizenship.

The petition was filed by Popular Front General Secretary Anis Ahmed which seeks to know under which rules the applications are invited as no rules and regulations are framed under the controversial and discriminatory Citizenship Amendment Act, 2019.

“While the rules under the Citizenship Amendment Act, 2019, are yet to be framed, a gazette notification of the MHA on May 28 invited applications for citizenship from Hindus, Sikhs, Jains, Christians and Buddhists from Afghanistan, Pakistan and Bangladesh who are currently residing in 13 districts of Gujarat, Rajasthan, Chhattisgarh, Haryana and Punjab”.

It is to mention that a plethora of petitions have been pending the court since the 2019 challenging the constitutional validity of the amended law of citizenary.

The controversial amendment in the Citizenship Act, 1955 had triggered widespread protests across the country that led to killing of dozens of people in the BJP-ruled states. The February 2020 North-east Delhi communal violence claiming 53 lives mostly Muslims was allegedly engineered by the people affiliate to ruling party as several independent panels including Delhi Minorities Commission have pointed out in their investigative reports.