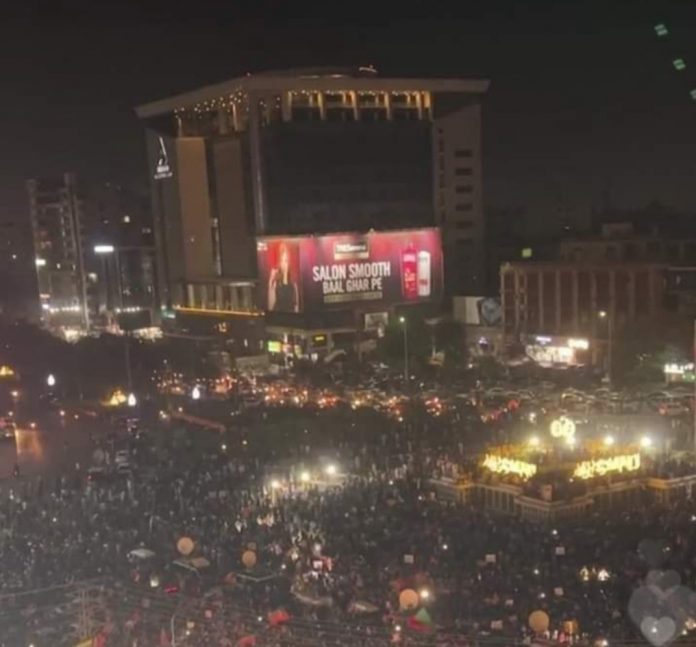 Imran Khan’s government was deposed in the eighth month of Kabul’s liberation. This is America’s humiliation in Kabul, not Imran Khan’s defeat. Pakistan’s army, court, and joint opposition worked together to achieve this.

After America’s humiliating defeat in Kabul, American cooperation with Imran Khan was almost over. The conflict between Russia and Ukraine served as a catalyst for the removal of Imran Khan, but it was not because America could not tolerate Kabul’s defeat. The political events in Pakistan over the last few days have nothing to do with the plot of any film. If seen, instead of bowing before the opposition and other forces, Imran Khan considers it more appropriate to go among the public. Because now the contest will not be easy for the opposition in the election field. However, the relations between the army and Imran Khan have not been good for some time. In fact, looking at the nature of Pakistan’s politics, it would not be wrong to say that no government can stay in power there without the consent of the army.

Imran Khan has launched a direct front against America this time, and Russia and China are extremely happy. The Pakistani army, on the other hand, is obstinate about not distancing itself from America at any cost. In a sharp contrast to Imran Khan, Army Chief General Qamar Javed Bajwa recently stated, “Pakistan’s relations with Russia have been cold for a long time, while America has been a long-time strategic ally of Pakistan.”

In the midst of all such fluctuations happening in the politics of Pakistan, it is necessary to understand the political culture there. The second feature is the occupation of big landlords and industrialists in Pakistani politics. But the third feature of the political culture here has been the overturning of small strong influence politicians and parties from Punjab, Baluchistan and Sindh over time. These political parties and politicians play a significant role in the transfer of power. They have the military’s full support. These small parties have lived with power for the last three-four decades, regardless of who is in power. During the Imran Khan government’s crisis, three politicians and parties deliberated why Pakistani Muslim women are active in Pakistani Punjab, why Pakistan’s Muttahida Qaumi Movement is active in Sindh, and why Imran Khan’s party’s rebel Jahangir Tareen faction is active in Sindh. Much Rahi Muttahida Qaumi Movement Pakistan is a party of Urdu-speaking Muslims who migrated from India to break away from the Muttahida Qaumi Movement. It has a strong following in some Sindh cities, particularly KarachiSince the 1990s, this party has worked with Pakistan’s ruling party, regardless of which party was in power at the time. It also had a great relationship with military dictator Pervez Musharraf. Even though it was in power with Imran Khan’s party, it rebelled and joined the opposition as soon as it had the chance. It is said that the MQM played the game at the army’s request.

Jahangir Khan, a powerful businessman, has also become a major issue for Imran Khan. He owns and operates his own sugar mill, which he sells to airlines. He specialises in active politics in Pakistan and believes Imran Khan has the potential to gain power in the country. They’ve become their allies; now it’s time to abandon them. The Pakistan Muslim League Q, which operates in Pakistani Punjab, has a similar history. The Muslim Ling Q army is close to Pervez Elahi and Chaudhry Shujaat Hussain’s party. Regardless of who was in power, the two brothers should always be with it. When Imran Khan got into trouble, he put pressure on him to take over as Punjab’s Chief Minister. Who had to make a sacrifice? In all of this, Pakistan’s Supreme Court played a critical role in impeaching Imran Khan. Of course, the United States claims that it has nothing to do with Pakistan’s political crisis, but it is undeniable that Imran Khan has dragged the United States into a political mire. Obviously, if Imran is successful in his plan in such a situation, it will be a major setback for America in Asian diplomacy.

After losing the No-Confidence trust of Imran Khan in Pakistan, the election of the Prime-Minister is to be held in the general Assembly of Pakistan on the 11th April, 2022. According to The Times of India “Nomination papers of Pakistan joint opposition candidate Shehbaz Sharif and PTI’s Shah Mahmood Qureshi have been approved for the Prime Minister’s election slated to take place on Monday. Earlier, Former Foreign Minister Shah Mahmood Qureshi and Pakistan Muslim League-Nawaz (PML-N) President Shehbaz Sharif submitted the nomination papers for the top seat. The nomination papers have been approved for the PM’s election.”

As is being known from the Times of India News that Pakistan is likely to get a new Prime Minister in Monday and that Prime Minister can become none other than Nawaz Sharif’s younger brother Shehbaz Sharif. In the midst of this political crisis, it has to be seen whether the new prime minister of Pakistan takes Pakistan’s relations on the global stage as well as how much can overcome the sourness in relations with India.