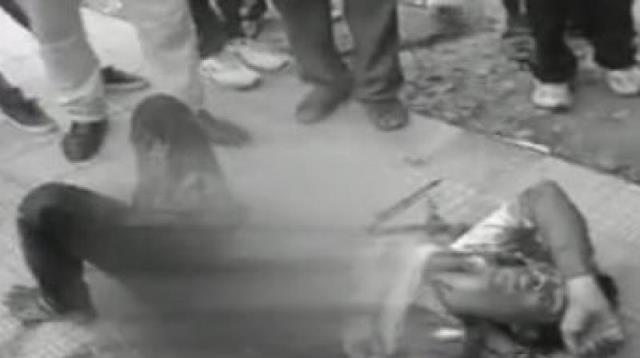 More than hundred military veterans wrote to the prime minister last week dissenting growing violence against people in the country.  Earlier, last month, thousands of people in several cities protested against the widespread incidence of mob violence against Muslims and Dalits.

According to IndiaSpend, a data journalism website, 38 people have been killed in 61 attacks since Narendra Modi became the prime minister of India in 2014. The attacks have risen steadily since the BJP came to power in Uttar Pradesh and Hindu nationalist Yogi Adityanath became its chief minister in March this year.

In a glaring case of administrative failure, none of the accused have reached the trial stage yet.

The Army veterans’ letter and  Not in My Name campaign against the rise in violence is significant as these represent citizens’ demands for protection of their lives and liberty from a motivated and unruly crowd reducing society to a Hobbesian nightmare where life is in “continual fear and danger of violent death”.

People from all walks of life have been voicing their disapproval of the government’s failure to punish the killers, thereby granting impunity to a section of society on religious grounds and providing a predatory incentive that acts to normalize violence in social life for political gains.

The government has done little except to repeat the customary statement, “the law will take its own course”, notwithstanding that only the government has means to make the law and execute it.

While, there is still no law against a heinous crime like lynching, the Prevention of Communal Violence (Access to Justice and Reparations) Bill  was deferred and finally died in 2014 before the end of the Congress government because of strong objections from the now-ruling BJP.

The government, however, has ruled out enacting a new law to deal with crimes such as lynching or others involving organized violence, implying that it refuses to acknowledge the problem and rejects to address it.

This indicates that the tolerance level for violence has increased within the Indian state and society.

According to a report this year by the US Commission on International Religious Freedom, violence has risen in India in recent times. Though the commission was denied entry to the country in 2016 to gauge the ground-level situation, the Indian-educated Tibetan Tenzin Dorjee, one of the USCIRF commissioners, regretted listing India as a Tier 2 country, in the company of Turkey and Iraq. Rather, he recalled the glorious Indian tradition of non-violence and tolerance and urged the government to “effectively address problematic religious conditions including outbreaks of communal violence due to interfaith conflicts and politics”.

The rise of violence in the country is shown in incidents such as the one in Una, Gujarat, where Dalit boys were tied half-naked to a vehicle and beaten publicly by “cow vigilantes“. Besides lynching of suspected child lifters (people suspected of abducting children and mistreating and brainwashing them) in Jharkhand and mob attacks on police stations in Uttar Pradesh, hundreds of people are routinely wounded and killed in Kashmir.

Norbert Elias, a German sociologist, theorized in his book, The Civilizing Process that violence in a society decreases with cultural advancement on the civilizational ladder, but what explains the increase in violence in India lately despite growing prosperity and modernization?

Experimental psychologist Steven Pinker in his book The Better Angels of Our Nature: Why Violence Has Declined plausibly argues that violence is not innate in human nature but something that can be socially and culturally learned and taught.

This is further borne out from the findings of Gary Slutkin, an epidemiologist and director of a cure-violence project, who showed that violence is like a contagious disease that can be transferred from one person or group to others.

Thus preaching, justifying, condoning and ignoring violence for any objective is a shortsighted, dangerous game, irrespective of whether it is played by vigilante militants (with political support) in the name of Hindu culture in mainland India or by Muslim terrorists in the name of freedom and Islam in Kashmir.

Viewed from this perspective, the protests in different parts of the country are the sane and civilized voices in a belligerence-charged atmosphere.

Some critics’ , however, have questioned the protests ‘Not in My Name’, on the ground that the protesters “came with a baggage that could prove self-defeating for the larger cause of amity and justice.” Understandably, this is the binary of ‘party intellectuals’ in an alternative truth era which needs to be challenged by the public intellectuals and writers of the country.

Pushkar Raj is a Melbourne based researcher and author.