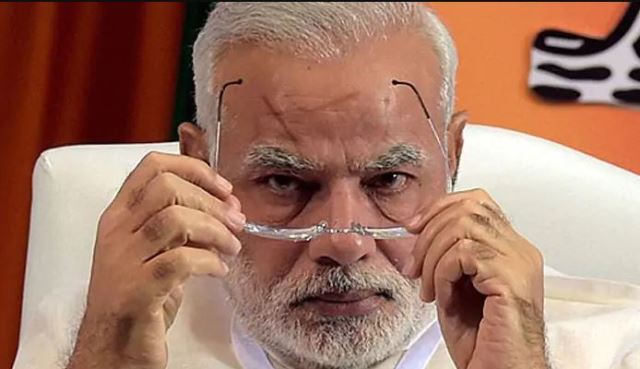 Farmers on Sunday burnt the effigiesof Prime Minister Narendra Modi at several places in Punjab on the occasion of the Dussehra festival purportedly putting him at the place of Ravana, a Hindu mythological character described as a demon-king, whose effigies are set on fire every year by followers of Hinduism on the eve of the aforementioned festival.

The farmers took the measure in protest against farm laws passed by Modi-led government.

Farmers under the banner of the Kisan Mazdoor Sangharsh Committee burnt effigies of Prime Minister Narendra Mod in Amritsar.

The protesting farmers accused the Centre of trying to “ruin” the farming sector at the “behest” of some corporate houses.

Farmers have expressed apprehension that the new laws will pave a way for the dismantling of the minimum support price (MSP) system, leaving them at the “mercy” of big corporates.

Sarwan Singh Pandher, general secretary of the KMSC, said the BJP government at the Center was enacting laws at frenzied speed which were falling apart like pins. He recalled the outcome of the demonetisation and the GST. The traders being in minority had only opposed in a limited way before the implementation of the GST, he said and added that after over 1,000 amendments the GST had now woefully failed.