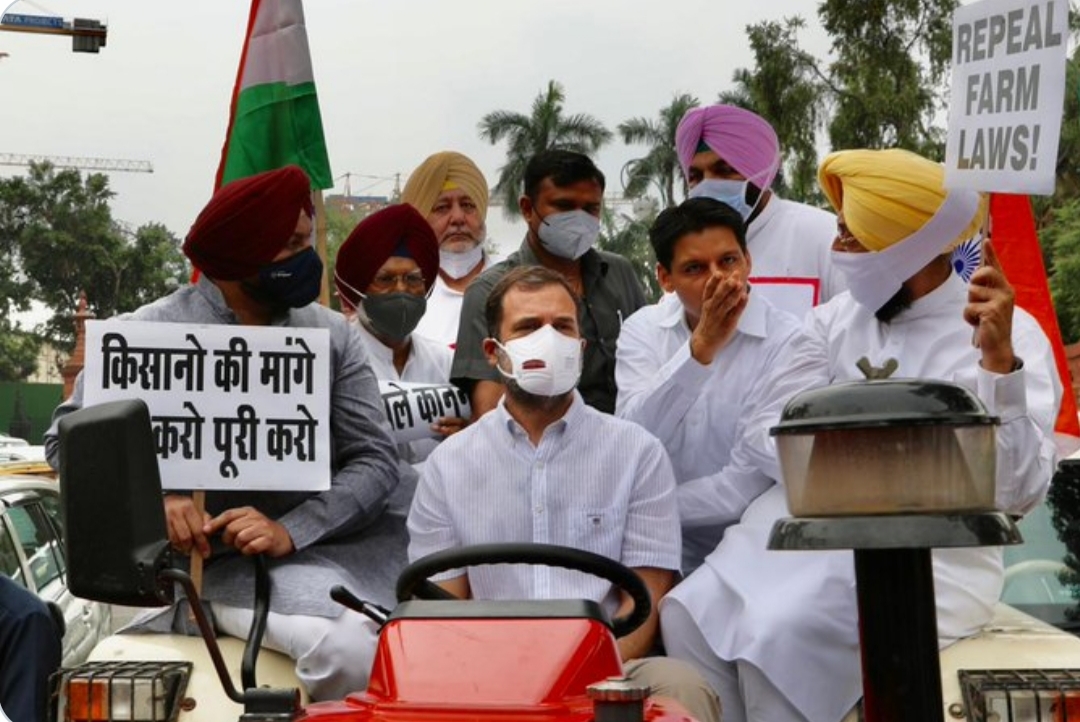 NEW DELHI:  Coming out in support of protesting farmers, former Congress chief Rahul Gandhi on Monday drove a tractor to Parliament and once again reiterated his demand of withdrawing the three farm laws.

Rahul Gandhi along with several party members drove a tractor to Parliament with a big boarding demanding repealing of three farm laws.

Speaking to media, Rahul Gandhi said, “I have brought farmers’ message to Parliament. They (Government) are suppressing voices of farmers and not letting a discussion take place in Parliament.”

He said that they’ll have to repeal these black laws. “Entire country knows for whose benefit this (three farm laws) is being done. This is not in favour of farmers and the government will have to withdraw these three black farm laws,” he added.

Thousands of farmers from Punjab, Haryana and Western Uttar Pradesh have been protesting against the three farm laws since November 26 last year. Farmers have been demanding withdrawal of these farm laws and ensuring MSP to their produce. — IANS