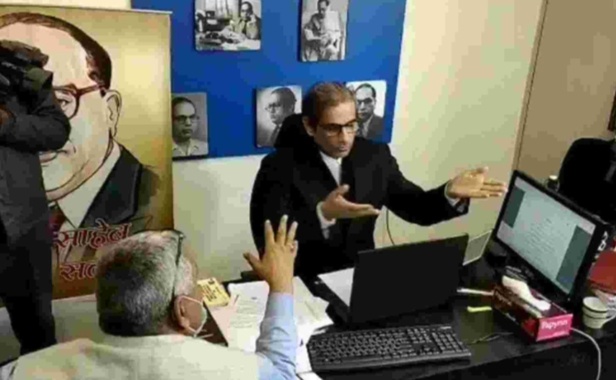 New Delhi: While strongly condemning the highhandedness of the Police against members of the legal fraternity at many places in the country, All India Lawyers Council (AILC) on Tuesday demanded to set up an inquiry commission headed by a Supreme Court judge to look into raids on lawyers’ offices. It also demanded to implement the directives issued by the Supreme Court in 2006 regarding the police force reforms.

Addressing a press conference at the Press Club of India here, Justice BG Kolse Patil, former judge Bombay High Court, said Adv Mehmood Pracha was targeted because he dared to expose the involvement Sangh elements in the February  North East Delhi riots. He pointed out a Delhi local magistrate only issued one line directive to search the alleged forgery compliant not the whole office but the Delhi police used this warrant to ransack his office.  Justice Patil said the magistrate in first place should not have given the permission for the search; it could have obtained by asking the concerned lawyer.

Coming down heavily on the way criminal justice system working in the country, he referred to the Bhima Koregan incident and the 18 bomb blast cases.

“In all these cases, right wing elements were involved, even their confessional statements are on records saying that they were making bombs and exploding it but all the accused were out on bail and roaming freely in the country while innocents have been languishing in jails,” Justice Patil said.

“How could one buy this absurd theory that Muslims make bombs and they themselves bombed the Muslim localities and their worship places,” Justice Patil wondered.

Speaking on the occasion, Adv Sharfuddin Ahmad, Secretary General of AILC, said AILC views the police raids on the office of the office of Adv Pracha and Adv Javed Ali and assault on a district court lawyer Rajendra Sharma in Etah, Uttar Pradesh with grave concerns. He said AILC demands to appoint a commission headed by a sitting judge of Supreme Court to make judicial enquiry of both the cases so that the system of administration of justice may be rejuvenated, real culprits may be identified and punished and preventive measures may be recommit ended and applied to stop such ghastly attacks on members of legal fraternity in future.

The raids at the office of Adv Pracha and Adv Javed Ali have sparked wide outrage and condemnation of the Delhi police which has already been facing sharp criticism for its alleged “highly prejudiced” investigation of the February North East Delhi riot cases, he added and the latest action of the police has further enraged lawyers as well as civil society.

It is to be noted that the Police broke open the door of lawyer Sharma’s house and dragged & pulled him (who was in Advocate’s dress) and assaulted him mercilessly. The video of this incident got viral recently. It is also irksome that the Delhi police raided the office of Advocate Manhood Pracha to search for “incriminating documents” and “metadata of outbox” of the official email address of Pasha’s law firm.

But the raiding police team didn’t listen when Mr. Pracha objected to the seizure of laptops saying that it contains confidential information entrusted with him by advocates and that the seizure of the same will breach attorney-client privilege, Adv Sharfuddin underlined.

“ AILCC expresses its serious concern on the reprehensible conduct of the police in both these cases and calls upon all concerned authorities to take serious and punitive action against all concerned for their atrocious conduct which denigrates and violates the mandate of the Rule of law,” he said.

He pointed out that the legal fraternity called the raid as “illegal” and “in contravention of all canons of protection available to a client and his lawyers. While the civil society groups the “raid culture’’ followed by the government agencies is a dangerous trend which would hamper the criminal justice delivery system.

He further said the  AILC takes strong exception that the grant of a search warrant by the Magistracy to search a lawyer’s office in a routine mechanical manner, particularly in respect of a lawyer’s communication and correspondences, which  is antithetical to rule of law and constitutes a disturbing violation of this privilege directly affecting the administration of justice”.

Referring to conduct of police in western democracies, Adv Sharfuddin said the India police should emulate and follow the model of policing of other democracies like USA and European countries in keeping prepared its machinery to ward off any political pressure and in dealing with law and order situation and also in execution to keep away from political inclinations and motivations.

He underlined that the chamber of an Advocate is supposed to be an extension of court and the Lawyer is an officer of the court he/she appears but worsening relations with Police under control of political powers create a rampaging scenario in the country so there is urgent need to review the system keeping above mentioned two incidents in view.

“AILC also urges the government to draft a new model police law that could replace the Police Act, 1861.  AILC also wants to follow the various directions to the centre and states issued by the Supreme Court in September 2006regarding the reforms of the police force and ensuring that state governments do not exercise unwarranted influence on the police.”

He also said to constitute Police Complaints Authorities at the state and district levels to inquire into allegations of serious misconduct and abuse of power by police personnel as directed by the apex court.

Very tough time ahead as hatred is increasing and history is being distorted: Justice Abhay Thipsay