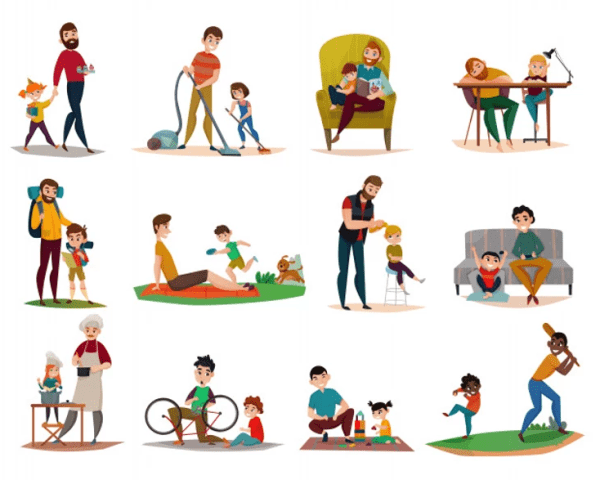 On the eve of his daughter’s wedding, The great Muslim scholarImam Ibn Qayyim al-Jawziyyah (d. 751 AH) offered the couple something unique. He gifted them with a book that he wrote for the occasion. He had kept the gift idea to himself. On the auspicious day, she began her new life with a book in her hand that would guide her in raising her children—Tuhfat al-Mawdood bi Ahkaam al-Mawlood, the gift from the loved ones for raising the newly born.

His full name is Shams al-Dīn Abū ʿAbd Allāh Muḥammad ibn Abī Bakr ibn Ayyūb al-Zurʿī l-Dimashqī l-Ḥanbalī, commonly known as Ibn Qayyim al-Jawziyya (The son of the principal of [the school of] Jawziyyah) or Ibn al-Qayyim (“Son of the principal”) for short, or reverentially as Imam Ibn al-Qayyim. He was a jurist, theologian, spiritual teacher, and a disciple of Ibn Taymiyah. With his teacher, he spent time in prison for dissenting against the rulers. Ibn Qayyim’s students included Ibn Kathir, Ibn Rajab, and Ibn Hajar Asqalani.

He is not free from criticism, but the book mentioned above is one of the first written in Islam on raising children. The book has 16 chapters, and the last chapter, Fi fusool naafi’ah fi Tarbiyat al-Atfaal tuhmad ‘awaaqibuha ind al-Kabr (Useful advice on raising children which will have good consequences when the child grows up), highlights steps parents should take from the time they are born.

1. The child should be breastfed by someone other than his mother, two or three days after birth. Her milk is thick and contains different ingredients, unlike the milk of one breastfeeding for a while. All the Arabs pay attention to that, and they give their children to desert women to breastfeed, as the Halima breastfed the Prophet (peace and blessings of Allaah be upon him).

2. They should not be picked up and carried around until they are three months old or more because they have only recently emerged from their mother’s wombs and their bodies are still weak.

3. They should be given only milk until their teeth appear because their stomachs are weak and unable to digest food. When the baby’s teeth appear and stomach grown strong, they can receive solid food gradually.

4. When they approach the age where they begin to speak, the parents or guardians should have little honey and salt because they will reduce the excessive moisture that prevents speech. When the child starts to speak, one should prompt him to say Laa ilaaha ill-Allaah Muhammad Rasool Allaah.

5. When the time for the teeth to appear comes, parents should rub the gums daily with butter.

6. Parents should not get upset when the child cries and yells because he/she benefits greatly from that crying. It exercises his limbs, opens his intestines and chest, keeps his brain warm, warms his moods, provokes his energy, creates suitable conditions for expelling waste matter, and helps rid the mind of mucus and other waste.

7. The child should be protected against everything that may scare him of harsh and terrifying noises, frightening scenes, and disturbing movements.

8. Complete breastfeeding lasts for two years. It is the right of the child if he needs it and cannot do without it. The Qur’an confirmed that.”The mothers shall suckle their children for two whole years” [2:233]). If the one who is breastfeeding the child wants to wean him, she should wean him gradually, and not wean him suddenly in one go; instead, she should get him used to it slowly because of the harm that may occur by changing the child’s food and habit in one shot.

10. One thing that the child needs most urgently is close attention to his moral well being. He grows up with whatever the one who is raising him gets him used to when he is small. [If it is] resentment, anger, arguments, haste, being easily led by whims and desires, foolishness, hot-temper and greed, then it will be difficult for him to change that when he grows up. Hence you will find that most people are deviant in their character because of how they grew up.

11. The child’s guardian should keep him from taking from others because if he gets used to taking, that will become natural for him, and he will grow up as one who takes and not one who gives. If the guardian wants to give something, he should give it by his hand [i.e., give it to the child to give away] so that that he will taste the sweetness of giving.

13. He should keep him away from laziness, idleness, a life of ease, and too much rest, and he should force him to do the opposite. He should not let him rest more than is sufficient to restore his energy so that he can do more work, for laziness and idleness bring harmful consequences and lead to regret. Yahya ibn Abi Katheer said:

14. Parents should help him develop the habit of early rising from early childhood.