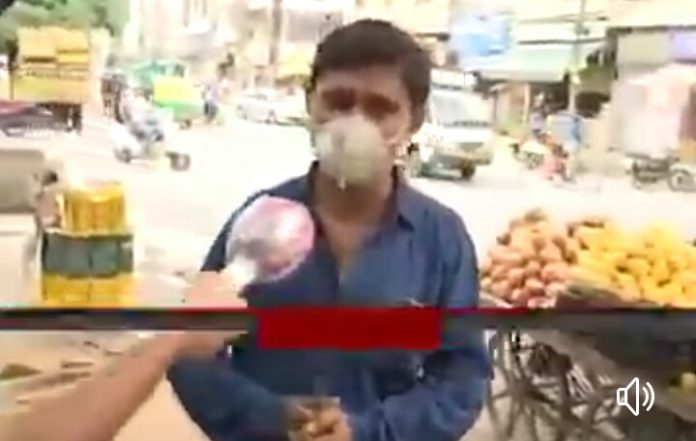 Scores of people have turned up to financially assist a fruit seller whose crates of mangoes worth 30,000 were looted in North Delhi’s Jagatpuri area on Wednesday. After his bank details were shared by NDTV on Friday, Phool Mia aka Chhote received more than six lakh rupees [7,968.6 dollars] within the next 24 hours.

“Ab jaake jaan mein jaan aai hai (It’s like I’ve got my life back). I will finally get to celebrate Eid, take care of my children,” Chhote said. He further thanked everyone who has helped him.

A crowd had looted unattended crates of mangoes worth Rs 30,000 left behind by a fruit seller in North Delhi’s Jagatpuri area. The incident took place after a fight erupted near a neighbourhood school and a group of people asked the Muslim vendor, Chhote, to move his cart away.

Chhote shifted his cart to a place but dozens of crates full of mangos were yet to be shifted. Taking advantage of the situation, some people pounced upon his crates and carried all that they could.

Police have reportedly arrested four people over the incident.