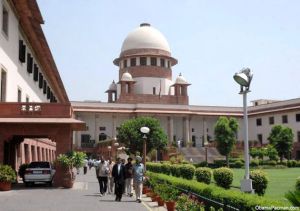 New Delhi, April 9 ; The government Tuesday told the Supreme Court that it would respond to Justice N. Santosh Hegde committee’s report on extra-judicial killings by security forces in Manipur.

The report was being considered at the highest level, including in the army, but it could not be assumed that whatever was said in the report was entirely true, the government said.

While allowing the government four weeks to file its response on the committee’s findings, the apex court bench of Justice Aftab Alam and Justice Ranjana Prakash Desai said: “You can file any response but we will not accept any objection to the report.”

The court said this taking note of Additional Solicitor General Paras Kuhad’s submission that the Hegde committee report was being examined at the highest level.

“Please don’t say that earlier it (killings) were 300 and now it is 50. Death is a death,” Justice Alam told Kuhad.

As senior counsel V. Giri, appearing for the Manipur government, urged the court to frame the guidelines to curb such killings: “How many times this court will lay the guidelines. But the tragedy is that the guidelines are not observed.”

The committee in its report had held that all the six extra-judicial killings were fake and there was a uniform pattern. The report said that people were killed by the security forces with impunity and in breach of the guidelines framed by the apex court and the National Human Rights Commission.—IANS.