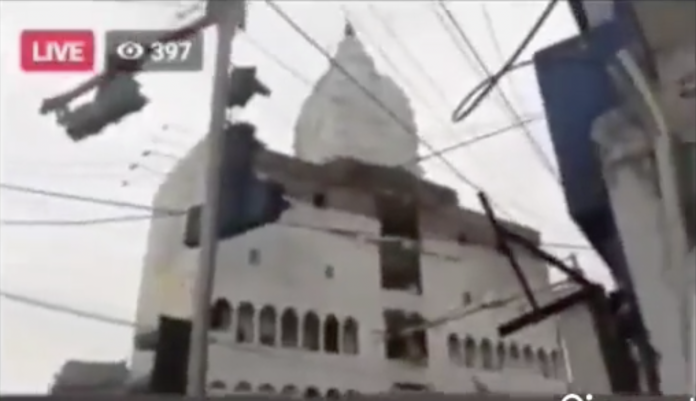 Gunshots were fired by the police as well as by Hindu right-wing leaders on Muslim protestors in Jharkhand’s Ranchi city on Friday, the kin of deceased Mudassir claimed.

In a viral video clip, Mudassir was seen being shot in front of a temple while he was chanting the slogan ‘Long live Islam’. Some more clips were shared on social media, claiming that he was killed by one Bhairo Singh who fired gunshots from the temple premises.

Commenting on the same, Mudassir’s uncle Shahid Ayyubi said that he is not sure if he was killed by Singh’s bullet or that of any policeman. “It is up to the police to find out who fired at him,” he said. He, however, confirmed that bullets were fired from the temple on the protestors.

Apart from Mudassir, another Muslim boy named Sahil was also killed in the Friday firing.

Ranchi police have arrested several Muslims on charges of participating in violence, stone-pelting and vandalism etc. However, they have not arrested anyone in connection with the killing of Mudassir and Sahil.

Shahid said a complaint has been filed with the local police over Mudassir’s death but it has not been converted into FIR till date.

Several human rights activists have accused the Indian police of being complicit and targeting the Muslim community.