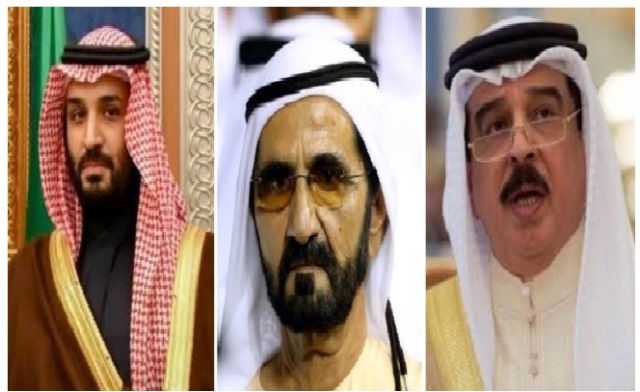 The rulers of Saudi Arabia, UAE, Bahrain, Morocco and Oman along with others will move their Embassies to Jerusalem, Dr Mike Evans, Friends of Zion Heritage Centre said.

The Friends of Zion Heritage Centre has announced 11 world leaders as recipients of the Friends of Zion Award. Among those awarded are leaders of Saudi Arabia, the UAE and Bahrain, as well as Morocco and Oman.

Four Muslim rulers who were given ‘Friends of Zion Award’  are as follows:

Dr Mike Evans, the founder of the Friends of Zion Heritage Center, presented the prestigious “Friends of Zion Awards” to the world leaders at 4th Annual Christian Media Summit, which was held virtually.

“All these Presidents will move their Embassies to Jerusalem and all the Muslim leaders will make peace with Israel in time,” said Dr Evans.

“There is no doubt in my mind who is quietly driving the amazing peace initiatives in the Gulf region. Crown Prince Mohammed bin Salman told our group the Palestinians can solve their problem by copying Israel. He also said educating children to hate Jews must stop, and that the world has zero-tolerance for terror being used to achieve political objectives,” said Evans.

“The historic Abraham Accord can provide a model of peaceful coexistence between all people and religions in our region and around the world. Israel will continue to do all that is necessary to seek peace with all our neighbours,” said Israeli President Reuven Rivlin.

The Friends of Zion Award was commissioned by the late Israeli President Shimon Peres.