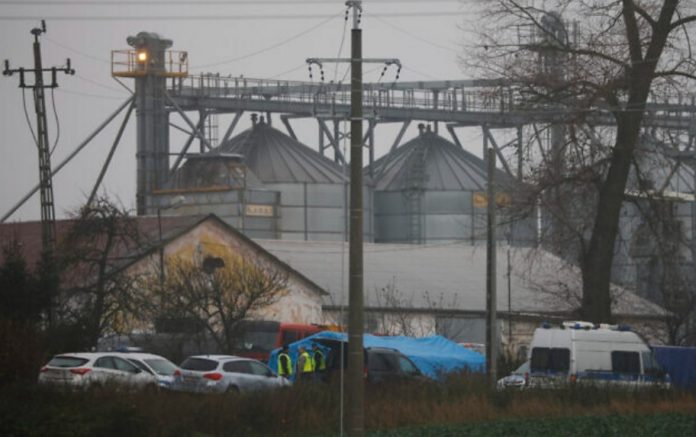 The ongoing two-days G-20 summit in Bali, Indonesia had ‘anxious-moments’ as the leaders of the world, which included US President Joseph Biden, France President Emanuel Macron, Canadian President Justin Trudeau etc, huddled together to discuss the latest development as it has been reported that Russia had attacked Poland in which two-people have died. Russia and neighboring Ukraine are at war since February last. Poland is a Ukraine neighbour.

It may be mentioned that Russian President Vladimir Putin did not represent at the summit and instead had sent his Foreign Minister Sergei Lavrov, who too pulled-out and returned back, citing health issues, and now this event has happened. What would therefore bombing of Poland mean? As that was to be an announcement that Russia has gone ahead to attack North Atlantic Treaty Organization (NATO) nation -which is one of the most powerful lobby of nations in the world and Poland has been its member since 1991. NATO considers an attack on any of its 30 nations as an attack on NATO, through Article 5 of its charter and the last time this article was evoked was in context to 9/11 ( 2001) attacks on US when the whole NATO had pounded on the hapless country Afghanistan, and reduced it to a rubble in the last twenty-years.

It spread like a wildfire that Putin had opened-up a new front with Poland and chose the timings of G-20 meet, so as to sneer at the world leadership, almost all opposed to Russia. But, so as to contain the spillover, both US and NATO were cautious in the first response and Joseph Biden said ‘Poland missile ‘unlikely’ to have been fired from Russia, (as the) trajectory of missile suggests it was not launched by Russian forces waging war in Ukraine but will await results of investigation. When asked if the missile was fired from Russia, Biden said: “There is preliminary information that contests that. I don’t want to say that until we completely investigate. He added: “But we will see, we will see.”

The same cautious line was deliberated by NATO as it declared that ‘no indication Poland blast was a deliberate attack, said NATO chief Jens Stoltenberg, It was also confirmed by NATO chief that ‘Polish leaders say there is increasing evidence missile blast was caused by Ukrainian air defence, while Moscow denied responsibility; Russian reports say images of missile fragment identified by experts as Ukrainian S-300!’

A few hours later the Ukraine hoax had been exposed as it was declared that Ukraine had bombed Poland-which was nothing short of a conspiratorial and a diabolic plot to entangle NATO into a direct war with Russia!

The world has been in a fix as fears of ‘war to escalate’ was very much on the cards. The blame-game of fake news was all abound, until when both Russia and US came out with a unanimous statement to speak that the blasts in Poland were not from Russia. The expose has been done as ‘Ukraine being behind the attack’ was confirmed by Russia and US in the same voice. The plan of Ukrainian President Volodymyr Zelinsky to corner Russia has totally backfired. Russia clarified its position that its strikes on Ukraine were well under 35 kms from Polish border and rebutted the false claims from Ukraine and declared that the ‘wreckage found are unequivocally identified as elements of an anti-aircraft guided missile of the S-300 air defence system of Ukrainian air force, ’ tells The Indian Express. 3 The attack took place some 6 kms inside Poland territory.

Poland which is also anti-Russia had to change its tone and called the attack as ‘unfortunate accident’ while Russia praised US for its ‘measured response’. NATO came forward to absolve Russia and said that it was Ukraine which fired the missile in self-defence, yet NATO called that the fault lies with Russia to have waged an illegal war on Ukraine. NATO has been with Ukraine since the beginning of the war. But, Poland, has a very sensitive geo-political situation as it was invaded by Hitler’s Germany which brought the world to the second-world-ear, and now is back into focus, as the strikes, no matter even if from Ukrainian side have raised the gears of a mega global clash! Russian former President Dmitry Medvedev has issued a chilling warning to the West that the world is now on a brink of a third world-war!

There are all possibilities that the aftermath of this Poland’s accident may trigger a massive escalation between Russia and Western nations as the blast has brought West closer to the World War III, has warned Medvedev.

Medvedev statement speaks about the waging of a hybrid war against Russia which otherwise may have prompted Ukrainian President Zelinsky to attack Poland in the name of Russia, which is sure to have the covert support from NATO etc, or else why would Zelinsky take such a suicidal step? Medvedev words were echoed by Russian Deputy UN envoy Dmitry Polyansky who claimed there was an ‘obvious attempt to provoke a direct military confrontation between NATO and Russia,’ as per Reuters. 4 What surely raises the most pertinent question is the timings of the blast, as G-20 summit was underway, and only that one week before, the Western powers had asked for a UN Security Council session , without citing a reason for such gathering, which sparks ‘suspicion’ raised Polyansky at the UN. The Russian diplomat also questioned the ‘instant hysteria’ of Zelinsky regime almost immediately after the Poland’s explosions, despite US and NATO rejection of Russia’s role in the blasts, elaborated a detailed report on In.investing. 5

The coming days are therefore now to be laden with more probabilities of this war getting ‘beyond’ as primarily this war had started by Russia’s opposition to Ukraine to desist from joining NATO as that was to have made NATO reach the very doorstep of Russia. How will US and allies of Ukraine try to extricate themselves over the ‘Russian provocation’ at the upcoming UNSC session is what is to define the outcome of the coming days. But, war as such is showing no signs of closure.