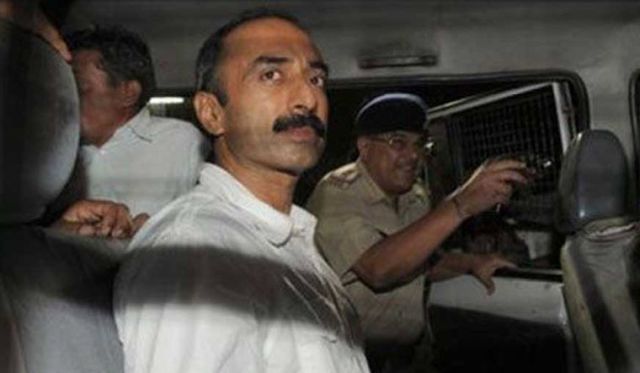 New Delhi: The Supreme Court on Monday sought the Gujarat government’s response on a plea by the wife of dismissed IPS officer Sanjiv Bhatt, alleging that she is compelled to move the court as her husband is being prevented from doing so.

Describing the allegation by Shweta Bhatt that her husband was not being allowed to sign ‘vakalatnama’ and other documents necessary for approaching the court as “very serious”, the bench of Justice Ranjan Gogoi and Justice Navin Sinha asked the Gujarat government to respond.

“This is something very serious, a person not being allowed to come to the court. His wife is being compelled to come,” Justice Gogoi said.

“Before we go into the merit of the case, we will like the State of Gujarat to respond, as according to us the issue raised is of considerable importance as it pertains to the allegation against the State preventing a citizen from coming to court,” said Justice Gogoi.

Asking senior counsel Mukul Rohatgi, representing Gujarat, to respond by Friday, the court directed the hearing of the matter on October 4.

Sanjiv Bhatt was arrested by the CID Crime Branch of Gujarat Police on September 5 in connection with a 1996 case allegedly framing a Rajasthan-based lawyer, Sumersingh Rajpurohit, in a narcotics peddling case.

Bhatt was serving as the district superintendent of police in Banaskantha district when the lawyer was booked under the Narcotics Drugs and Psychotropic Substances (NDPS) Act. Police had claimed that the drugs were found from a hotel room occupied by Rajpurohit.

The Rajasthan Police also claimed that Rajpurohit was abducted by Banaskantha police from his residence at Pali. Following this investigation, former Banaskantha police inspector IB Vyas had moved the Gujarat high court in 1999 demanding a detailed probe into the incident.

The court in June handed over the probe to the CID and asked it to complete the investigation within three months. Bhatt was dismissed from service in 2015 for “unauthorised absence” from service.

I have principle and no power ; You have power and no principle : Sanjiv Bhatt