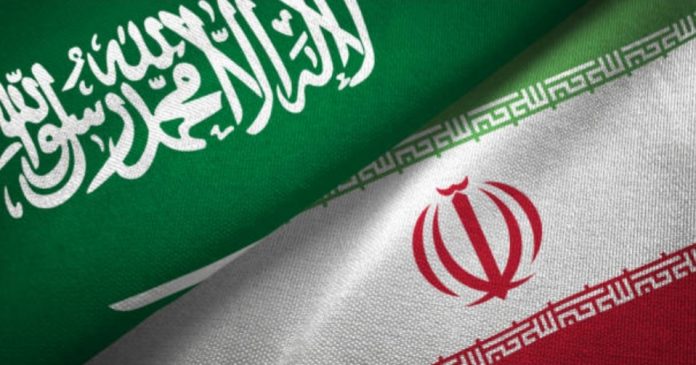 Recent developments in Saudi, Iran relations seems to be on an upswing and may lead to a better understanding amongst two old foes besides unfolding a new regional and global security paradigm.
It seems as if in this winter season, the ice between two largest Muslim countries i.e. Saudi Arabia and Iran, has started melting. One claims to be the leader of the Sunni domination, while the other is the Shiite leader. Though this difference doesn’t hold any importance in difference of opinion between the two on various regional and global issues.

However, it seems that the current Saudi dispensation, led by Crown Prince Mohammad bin Salman is ready to forget the old enmity and forge a new relationship with its old foe.

This development also comes in the background of strained relations between the U.S. and Saudi Arabia, on the issue of oil pricing and supply and defence cooperation.

Iranian Foreign Minister Hossein Amir-Abdollahian announced that Tehran is ready to reach an agreement with Western powers regarding its nuclear file if “red lines are respected.”

In a tweet, Amir-Abdollahian stated that he had a “friendly conversation” with his counterparts in neighbouring countries on the sidelines of the second Baghdad Conference for Cooperation and Partnership in Jordan, adding that that he met the foreign ministers of Jordan, Iraq, Qatar, Kuwait and Saudi Arabia at the event, adding that the Saudi minister asserted his country’s readiness to continue dialogue with Iran.

Saudi Arabia cut off relations with Iran in 2016 after Iranian protesters attacked the Saudi Embassy in Tehran. The demonstrators were upset over Saudi Arabia executing Shiite cleric Nimr al-Nimr.

Saudi Arabia and Iran have long been at odds over numerous regional issues, perhaps most prominently Iran’s nuclear program. The two countries are also on opposite sides of the Yemen civil war, with Saudi Arabia backing the internationally recognized government and Iran supporting the Houthi rebels.

In 2021, officials from Saudi Arabia and Iran began holding direct talks – facilitated by Baghdad – in an effort to reduce tensions. The bilateral dialogue continued in 2022 also.

Previously, Iraq hosted the fifth round of Saudi-Iran talks in April. There have been no rounds since then. In June, then-Iraqi Prime Minister Mustafa al-Kadhimi said the talks had made “remarkable progress.” Iran delayed a sixth round of talks with Saudi Arabia in August due to the political instability in Iraq at the time.

Regional wire service Amwaj Media reported earlier that Saudi Arabia stopped the dialogue with Iran. This was due to concerns over Iraqi Prime Minister Mohammed Shia al-Sudani, who replaced Kadhimi in October, according to Amwaj.

Kadhimi had a pro-US outlook, whereas Sudani is an ally of Iran-backed political forces in Iraq. Sudani said he hoped to continue hosting the dialogue upon taking office.

In December, The Associated Press had also reported that the dialogue had come to a halt. Citing Iraqi officials, the AP said that Iran felt that Saudi Arabia was instigating the widespread anti-government protests in Iran.

Amir-Abdollahian’s tweet is therefore significant because it seemingly signals that the dialogue could be back on.

Minister of Security Esmail Khatib said, in an interview to the website of Iran’s Supreme Leader Ali Khamenei, that “our fate and the rest of the regional countries are interconnected.”

The Iranian FM was accompanied in Amman by his deputy Ali Bagheri Kani Ali Bagheri.

Iranian Foreign Minister Hossein Amir-Abdollahian announced that Tehran is ready to reach an agreement with Western powers regarding its nuclear file if “red lines are respected.”

“In the past two to three months, the US made hypocritical statements and took action that did not match their words,” the FM said about the nuclear talks.

Washington “has repeatedly claimed it is ready to take the final step of all parties returning to the agreement in Vienna, but they behaved hypocritically in the media,” he added.

Amir-Abdollahian stated that the parties to the talks are returning to “realism,” noting that if “red lines are respected, we are ready to take the final steps to reach an agreement.”

Analysts feel that Saudi Arabia is seeking an end to direct and indirect Iranian attacks on its territory, while Tehran wants better diplomatic relations with the Gulf due to Iran’s economic problems and also to create a wedge between Saudi Arabia and the United States.

It is expected that normalisation of ties between the two biggest Muslim nations may lead to grater regional stability, besides an increase in the influence of the middle-eastern bloc in the global politics. This may lead to a further refresh of the U.S. policy for the region, because if the two nations come together then it may translate into a more demanding and assertive bloc, challenging the American policy and strategy in the region, which seems to have faltered recently.

***
Asad Mirza is a political commentator based in New Delhi.
He can be contacted on www.asadmirza.in