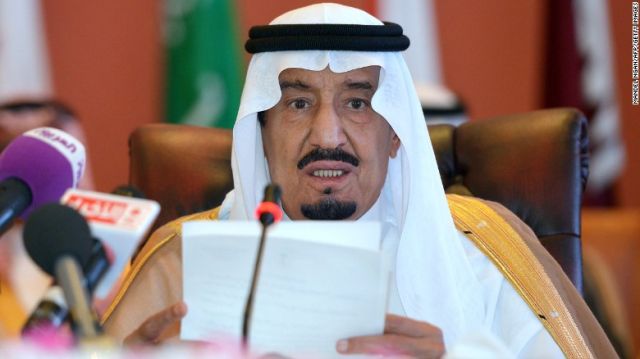 The King “has held necessary contacts with a number of leaders of the world over the past few days”, the Saudi Press Agency quoted a statement by the Saudi Royal Court as saying.

Xinhua news agency cited the Saudi Royal Court as saying that the Saudi government contacted the US administration over restrictions Israel imposed at the holy compound, which triggered off two weeks of violent clashes between Palestinians and Israeli forces in East Jerusalem and the West Bank.

The King urged Trump to exert US efforts to pressure Israel to open the Al-Aqsa Mosque to Muslims and revoke the restrictions on their access, the Al Arabiya TV reported.

“The King’s efforts with a number of world leaders on Al-Aqsa have culminated with success,” the Saudi Royal Court said, referring to the Israeli government removing all security measures at the mosque.

The Saudi King affirmed the right of Muslims to worship in the Al-Aqsa Mosque with ease and tranquility, while emphasising “the importance of achieving a just and comprehensive peace for the Palestinian cause”, it added.

Israel removed all the CCTV cameras, metal bridge and the railings from the entrances to the Al-Aqsa Mosque compound overnight Wednesday. Thousands of Muslim worshipers celebrated the victory and Jerusalem’s senior Muslim clergies announced that Muslim worshipers can return to pray inside the mosque.

Israel installed metal detectors and security cameras at the entrances to the compound since July 14, after three Israeli Arab gunmen shot dead two Israeli policemen before being killed at the compound.

Israel also banned Palestinian Muslims under 50 years from access to the shrine for offering prayers.

The measures sparked widespread protests from Palestinians as well as the Muslim world, which slammed Israel for attempting to change the status quo on the holy site.

Three Palestinians protesters were killed and hundreds of others were wounded last Friday in violent clashes with Israeli forces. Three Israelis were stabbed to death in a West Bank settlement by a Palestinian attacker the same day.

The Al-Aqsa Mosque compound in East Jerusalem, the third holiest site in Islam and the holiest site for Jews, had been a flashpoint site for the bloody Israeli-Palestinian conflict over the past decades.