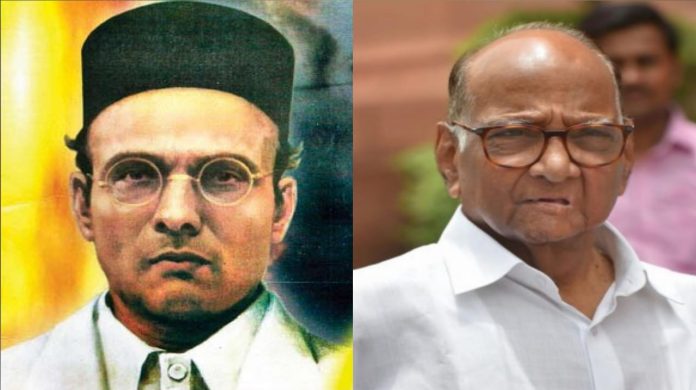 Nationalist Congress Party (NCP) chief Sharad Pawar on Sunday indicated that VD Savarkar was in favour of consuming cow meat and its milk. He further said that the Hindutva ideologue was also one of the earliest to press for permitting Dalits to enter temples.

“It was Savarkar who advocated the utility of cow meat and milk for human consumption. He was a rationalist. He approached the issue scientifically, which cannot be undermined,” Pawar was quoted by The Indian Express as saying.

The event was not attended by any BJP leader. Maharashtra BJP chief Devendra Fadnavis on Saturday said that his party has nothing to do with the event as it had no mention of Savarkar.