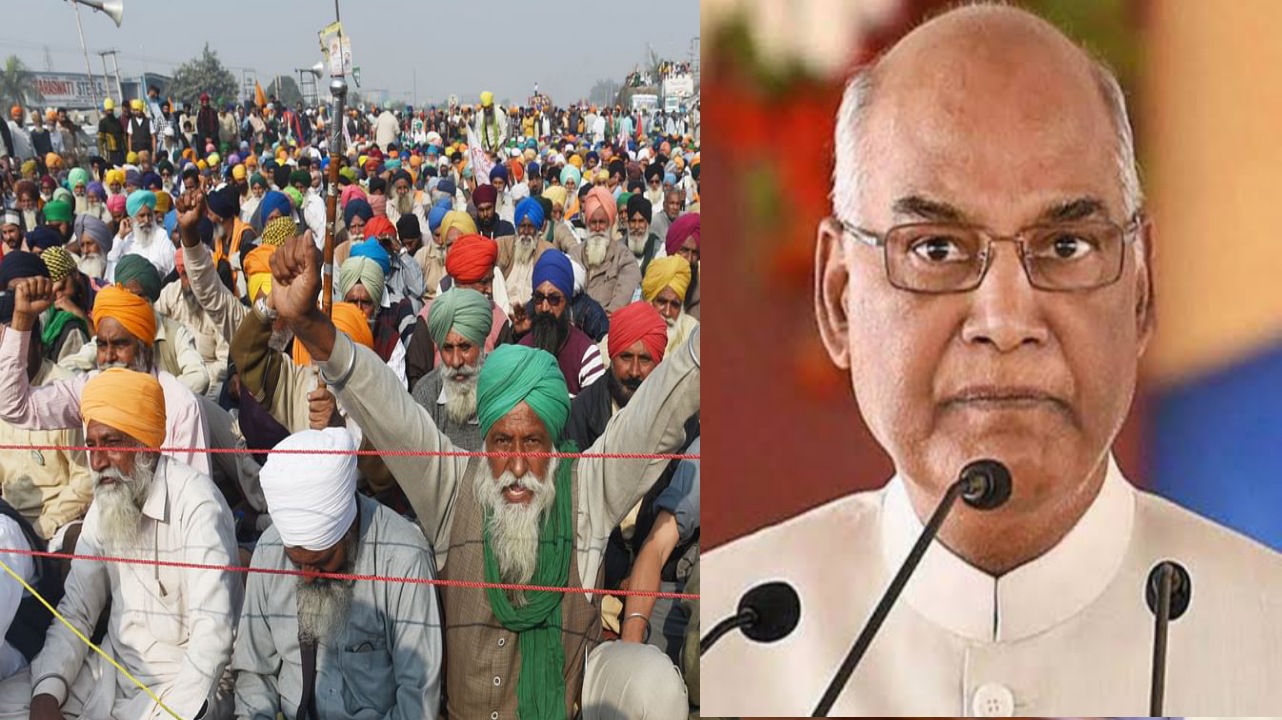 The Samyukta Kisan Morcha (SKM) has sought President Ram Nath Kovind’s intervention to ‘Save Agriculture and Save Democracy’ on the occasion of the 47th anniversary of the Emergency and the completion of seven months of the ongoing farmers’ agitation, a top farmer leader said here on Thursday.

“We are sending a memorandum from all over India to the President, expressing our deep anguish and indignation, and appeal to him to protect both our agriculture and democracy,” said All India Kisan Sabha President and SKM leader Dr. Ashok Dhawale.

The Indian society calls farmers as ‘annadaatas’ and in the past 74 years since Independence, they fulfilled that responsibility.

“When India became Independent, we used to feed 33-crore citizens, today in the same extent of land, we manage to feed around 140-crore Ind. During the coronavirus pandemic, while the other sectors in the economy decelerated and slumped, we achieved record production in agriculture, ensured that our granaries were overflowing and risked our lives,” said the memorandum to the President.

However, in return for this service to the entire country, “the Government of India has thrust the 3 anti-farmer black laws” which will destroy our farming as well as our future generations, snatch agriculture from our hands and hand it over to big corporations, it said.

There are other swords hanging on the farmers’ heads penalties or jail for stubble burning in a new Ordinance related to Delhi’s air pollution and subsidy withdrawal through the Electricity Amendments Bill, 2020, said Dr. Dhawale.

The memorandum which would be sent to the President through various state Governors and other channels terms the three Central farm laws as ‘undemocratic’, created without consultations with the farmers, thrust in the form of Ordinances, tabled in Parliament before sending to Committees for further study or debates, and while pushing the Bills voting by division was not allowed in Rajya Sabha, etc.

Dr. Dhawale added that as the first guardian of our Constitution created by Dr. Babasaheb Ambedkar and others, the farmers had hoped that the President would refuse to give assent to such unconstitutional and undemocratic anti-farmer laws, but he (President) did not.

Seeking justice in the form of remunerative returns for their hard work and toil, the memo said that the farmers are in debt, farming has become an unviable profession and over 4-lakh peasants were compelled to commit suicide in the past 30 years.-IANS

Battle for UP: SKM appeal to ‘punish & defeat BJP’