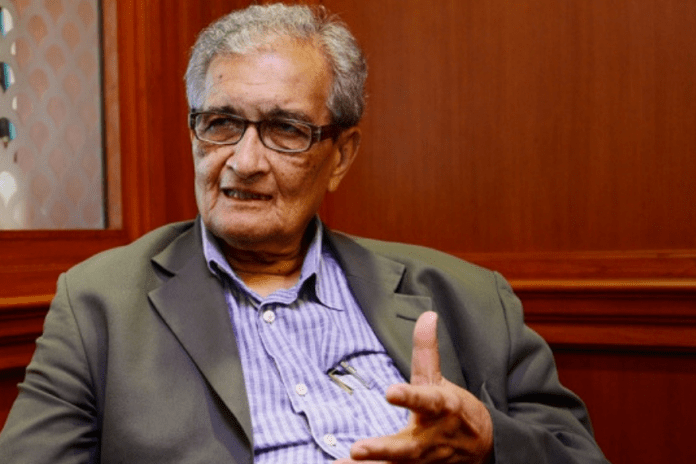 Kolkata, Jan 9: Iterating that the new citizenship law is not in tune with the Constitution, Nobel laureate Amartya Sen has demanded that the legislation be scrapped.

“Under this Act, whether citizenship will be given or not will be decided after ascertaining the religion of a person. This definitely is not in tune with the Constitution,” said Sen, who won the Nobel prize in Economics in 1998.

“I feel the law should be scrapped, because such an Act shoukd not have been passed in the first place,” he said.

Sen said even he did not have a birth certificate.

“I also don”t have birth certificate. I was born in Santiniketan (in Bolpur of Birbhum district),” he said.

The Citizenship Amendment Act (CAA) seeks to provide Indian nationality to Hindus, Christians, Sikhs, Parsis, Jains and Buddhists fleeing to India from persecution in Pakistan, Afghanistan and Bangladesh before December 31, 2014.

As per the Act, such communities will not be treated as illegal immigrants now and will be given Indian citizenship.

Condemning the violence at the Jawaharlal Nehru University, Sen said the government was now considering the universities as its competitors.

“The university students are protesting. I was a student of Presidency College (now Presidency University) from 1951 to 1953, the question of students being anti-government were raised then. But unlike those times, now universities are being considered as competitors of the government,” he said.

Sen said neither the authorities could not stop the violence perpetrated on the students by outsiders, nor did the police reach the spot at the right time.

“Some outsiders inflicted torture on university students and tried to create lawlessness. The university authorities could not stop it. Police also could not reach at the right time.”

Several masked individuals, both male and female, thrashed students, including girls, and teachers inside the JNU campus with wooden and metal rods.

Two officer-bearers of the Jawaharal Nehru University Students Union (JNUSU), including President Aishe Ghosh – who was reportedly hit over the eye with an iron rod, received severe injuries. They blamed RSS” student wing Akhil Bharatiya Vidhyarthi Parishad (ABVP) for the rampant violence in the campus.