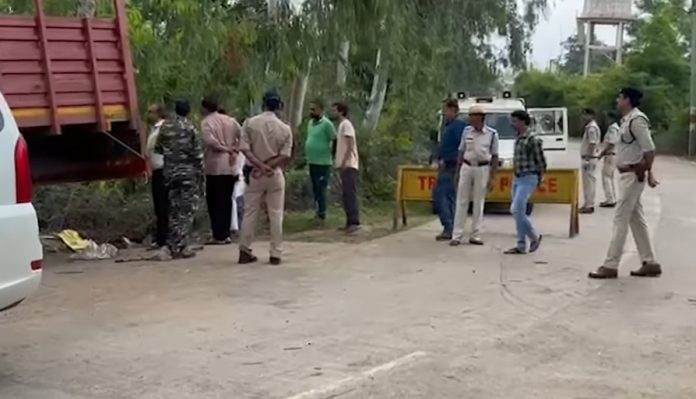 One person was killed and two seriously injured on suspicion of mob lynching on  Tuesday night in Seoni district of Madhya Pradesh.

A mob attacked three people on suspicion of transporting cows. All three are said to be residents of Amravati in Maharashtra. Police have registered a case of murder against unknown people. However Police has denied the allegations of mob lynching.

A truck was carrying cows from Amravati in Maharashtra. Near a village in front of Seoni Malwa, 10-15 people stopped the truck at around one o’clock in the night. Thy assaulted three people who were in truck. They suspected that the cows were being transported illegally. Police reached the spot as soon as the information about the assault was received. All three were admitted to the hospital. One person died late night during treatment. Two other injured are being treated.

Earlier, three tribals were beaten up with sticks on suspicion of cow slaughter at Badal Par outpost in Kurai police station area of ​​Seoni, in which two died.

However, SP Gurkaran Singh said that the incident happened around 1 pm. The cow was being transported illegally in the truck. The vehicle had people from Amravati in Maharashtra, who were thrashed by 10 to 12 people. One died during treatment. A case of murder has been registered. Along with this, a case of illegal cattle smuggling has also been registered.