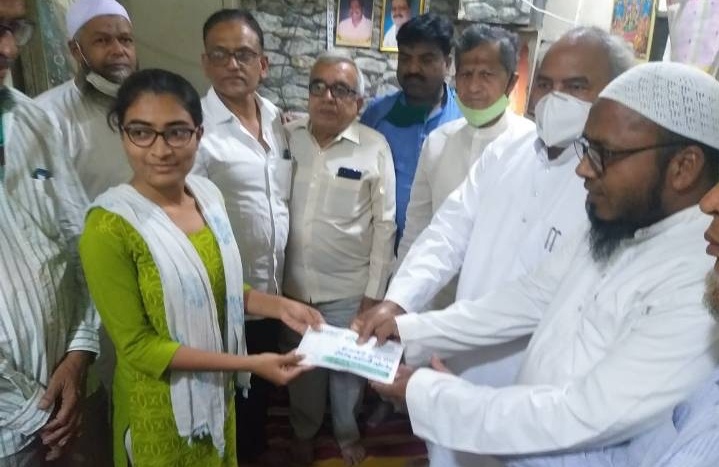 Promoting the Beti Bachao Beti Padhao campaign Muslims of Solapur city have set an inspiring example before the entire nation by donating 55000 to a  Hindu girl for educational purpose.

The girl Sayeli  Naresh Gurram  a city resident  belongs to Padmashali Samaj. On the basis NEET exam result she  qualified for admission in BDS (Bachelor of Dental surgery). But her family’s poor financial background was not allowing her to get admitted in the said course and fulfill her dream to be a doctor.

When Sayeli was in  standard V her father died. After the death of head of family all the responsibility fell on her mother’s shoulders. She is raising three children with hard work and dedication by making Beedi. 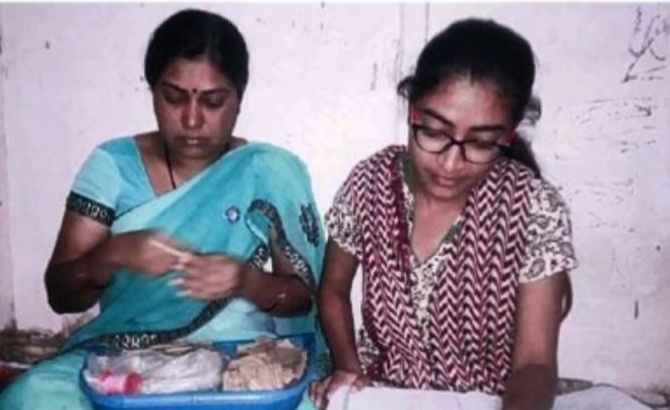 Salyeli’ s academic performance has always been outstanding . She performed well in SSC examination and got 85% marks in XII science too without any tuition or coaching. In order to fulfill her desire to become a doctor, she started preparing for NEET exam and scored  319 marks and qualified for BDS (Bachelor of Dental surgery) in a Pune  based college. Her mother sold her entire jwellery to pay her admission fee, but earned only Rs 10,000. This amount was not sufficient to pay her admission fee.

‘As soon as I explained the entire of story of the  girl before Hasib he swung into action and started calling some of his Muslim friends. He managed to raise 55 thousand in a very short time.I must thank those Muslim brothers for coming up for this girl’s help without considering her cast an creed,it will help to spread brother hood among us, he added.

According to Hasib Nadaf  ‘humanity , brotherhood  are the important parts of our religion Islam, but unfortunately number  of misconceptions and misconceptions about Muslims were spred .

‘After knowing the case of Sayeli Gurram from my friend Ravindra Mokashi, I contacted some Muslim like minded activist and Jamiyat-E- Ulema Hind District president Moulana Ibrahim.  Maulana offered all the  possible help, said  Hasib .

‘We as  followers of Prophet Mohammad  (PBUP) just did it for our sister to fulfill her dream without considering cast and creed, added Hasib.

Speaking with Muslim Mirror overwhelmed Salyeli said ‘ thanks a million to those who helped me to persue my education and fulfill my dream.

‘We were struggling very hard to manage  admission fees, now my child hood dream is coming true. Serving poor and disadvantaged will be my top priority.  After become a doctor as I come from the same background, Sayeli added.

‘We work for humanity not  only for Muslims,other religion people are our brother and sisters, timely help is always very important,We thank Allah for giving this opportunity to help a daughter to  stand  on her own feet, saud  One of the donor Haji Matin Bagban.