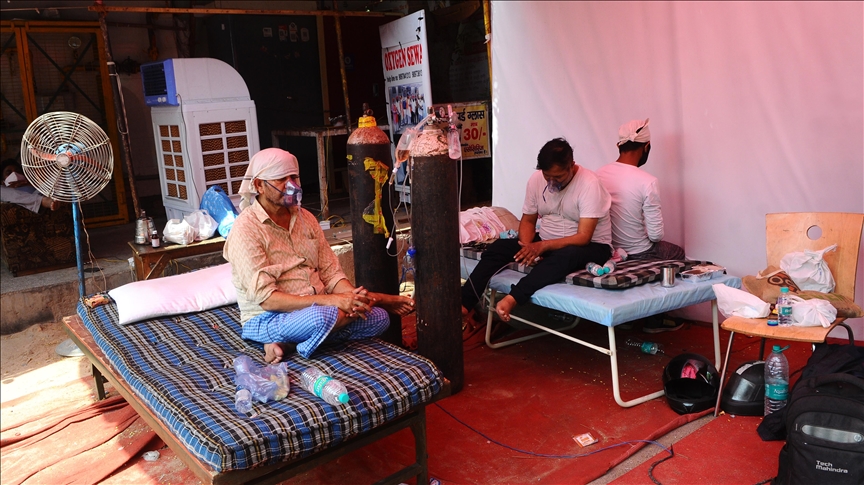 NEW DELHI:  When India was hit by a devastating second wave of the COVID-19 pandemic earlier this year, crippling the health system in several cities, numerous Sikh charity organizations were among the first to respond, with hundreds of volunteers assisting the victims.

On the eve of Sunday’s International Day of Charity, representatives of numerous organizations told Anadolu Agency that they are now preparing for the third wave of the disease after completing their work during the second wave.

International Day of Charity has been observed annually since 2012 when the UN General Assembly declared it a special day “with the objective of sensitizing and mobilizing people, NGOs, and stakeholders all around the world to help others through volunteer and philanthropic activities,” according to its website.

“In the second wave, the government infrastructure failed miserably. As everyone knows, there was no oxygen and no beds available,” Parvinder Singh Nanda, the director of the US-based United Sikhs, told Anadolu Agency.

“Though these charity groups are not large in number, they contributed a lot to handle this kind of situation. Had they not stood up at that time, the situation would have been much worse.”

In May, India witnessed an exponential rise in the daily cases and deaths as the country struggled with the second wave of the pandemic. The daily infections and fatalities crossed 400,000 and 4,500 respectively.

As the health infrastructure completely crumbled, with people even dying on roads due to lack of oxygen, organizations like the United Sikhs swung into action in different parts of the country.

Nanda said they helped people in different ways. “The taxing work was transporting bodies from mortuaries because there was a time when nobody would even come forward to touch the dead bodies,” he said.

“At many places, we opened oxygen centers. If someone needed oxygen, he would come and stay there for a few hours to stabilize the oxygen level,” said Nanda, adding: “It really helped the ailing people at that time.”

A statement by the NGO Khalsa Aid International had earlier said that since April 25, they have been mobilizing a global response to the ongoing humanitarian crisis in India.

“We have been working in partnership with non-governmental organizations, corporate sector, and local and national governments to provide vital medical equipment such as oxygen concentrators, ventilators, tanks, and broader medical equipment,” it noted.

Delhi Sikh Gurdwara Management Committee, a religious body, has been releasing details about the special meals prepared at the worship center Gurdwara Sri Bangla Sahib in New Delhi for the COVID-19 patients and families in need. The food was delivered at their doorsteps.

Several Sikh groups are also helping the vaccination work, and efforts are underway to face a possible third wave of the pandemic.

“Nobody was prepared for the second wave, but now we have prepared ourselves for the third wave. We now have a stock of several important things,” said Nanda.

The work of these charity groups has come at a time when the Indian government is being criticized for a crackdown on several NGOs in the country.

Last year, Amnesty International said it was shutting down its operation in India due to “reprisals” from the government.

Manpreet Singh Sandhu, who works at Sarbat Da Bhala charity group in the northwestern Punjab province, told Anadolu Agency that during the pandemic, various NGOs have been working overtime to alleviate the suffering of people.

“Sikh charity organizations are working on the forefront,” he said, adding: “We have established five imported oxygen plants in medical colleges of Punjab to meet the oxygen requirement of various hospitals.”-AA