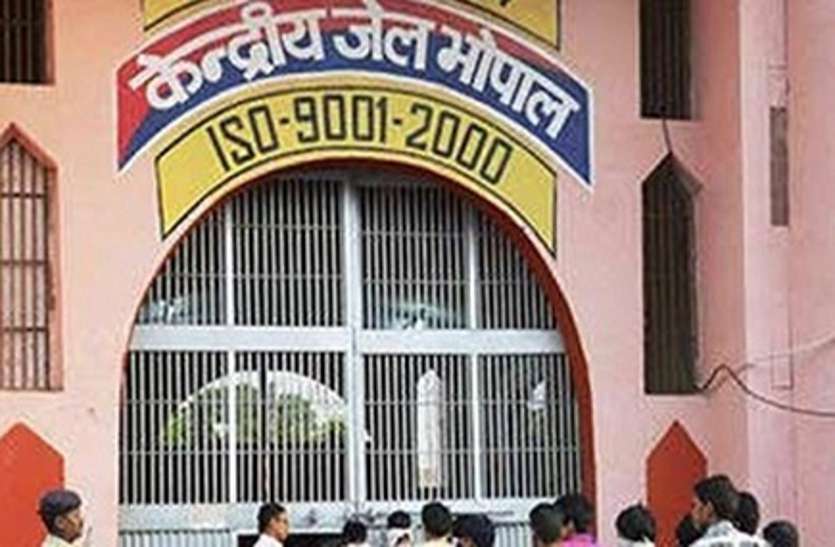 Bhopal/ New Delhi : As many as six members of Students Islamic Movement of India ( SIMI) have gone on hunger strike after they were allegedly forced to chant Jai Sriram for food at Bhopal Central Jail, triggering the family members of the banned outfit to raise the issue with rights bodies and a couple of Muslim organisations. The jail authorities, however, refuted the allegations saying they “don’t want to live in solitary confinement, wanting us” to set them free from the cell.

Dr. Abu Faisal, Qamruddin , Kamran,  Saduli PA and Shibily, who have been on hunger strike  in Central Jail Bhopal from last month, are surviving on saline water now. The trial and tribulation has become a permanent fate for the 31 members of the banned Students’ Islamic Movement of India (SIMI) – including the 10 convicts who have been  languishing in  jail for over a decade, alleged the family members.

Bhopal Central Jail Superintendent Dinesh Nargave told Muslim Mirror on phone that they were provided with all necessary things as per the law. Seemingly unfazed by the fact that the National Human Rights Commission (NHRC) too confirmed the “ill treatment and abused meted out to the inmates”, Nargave said, “We have put across our views to the NHRC and they are satisfied.”

In October 2020, they did the same before being admitted to hospital following deterioration of their health conditions, said the family members who have been complaining about all sorts of harassment – mental, physical – inside the jail after the 2016  ‘jail break’ incident followed by the controversial police ‘encounter’ in which eight SIMI members were killed.

The convicts, who are in solitary confinement, complained that policemen often knock their doors at night only to ask about their “well-being” while in daytime, on several occasions, they were given food or water only after chanting Jai Sri Ram. The cops also allegedly desecrated the Holy Quran before them.

The relatives of the accused have written a letter to several Muslim organizations. Some points from the letter.

6- No treatment of sick ,  old medicine being served.

7-Making  wake up after two hours whole the night.

8- Giving sleeping pills at night and  in case of no reply from inside slapping of jail cases.

9- No letter to or from home allowed.

10-Giving less time to the visitors and harassing them during meeting.

11-All prisoners were  allowed to talk to relatives on phone during Lockdown but they were denied the same.

12-Despite order from jail authority, no complaint box was provided.

13- Treated  like slave and sub- humane by police in jail.

The investigation of the National Human Rights Commission (NHRC) has confirmed the complaints of abuses and harassments  in jail.

“The Commission had taken serious note of the complaint and sent a team to investigate the matter in June 2017. The investigation team interacted with prisoners, their families, jail authorities, lawyers and social activists. Following complaints that the violence had escalated again after a brief lull, in December 2017 a second team made a short follow-up visit,” the report said.

The NHRC report said that prisoners are being brutally beaten up by jail staff. Several prisoners had injury marks which the staff could not explain. Prisoners being deprived of sleep, too.

In a shocking revelation, the report said that “jail staff seem to harbour religious antagonism to these prisoners which is reflected in inhuman treatment”. The prisoners complain that they are forced to chant slogans against their religion and are beaten up if they refuse.

“We request media people to highlight our sufferings instead of being hostile to us. Our families are undergoing unthinkable trauma and sufferings,” said Khalil, cousin of one of the accused, Aqeel. “It’s disgusting that they are being  presented before a judge through videoconferencing with saline water on their nose and hands,” he added.

‘We want fair trial and proper treatment of the accused as per  legal and  constitutional rights. They are being treated worse than animals. They are not being provided even  with brush and toothpaste as jail authority claims they can use toothbrush in jail breaking,  It is really tormenting,’ said Haidar Hussian Nagori, elder brother of Safdar Nagori.

The BJP government banned SIMI in 2001, shortly after the 9/11 attacks in US.  The ban was lifted in August 2008 by a special tribunal, but was reinstated by K G Balakrishnan,  then  Chief Justice, on 6 August 2008 on ‘national security grounds’.

However most of its members including its national president Dr. Shahid Badar were acquitted by courts after several years in Jail.