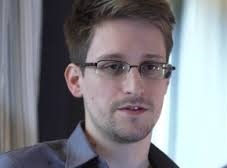 It is Snowden, who made the news, the news that we all are slaves, slaves not in the sense of any physical labor, but because we are not free, we are not free as we think we are. It is because we are under surveillance, for all our communication, even personal, that obviously has very informative data about not only of us, but for our surroundings, our plans, our thought process and ideology and our plan as well as our network. Being in surveillance is not such a bad thing for many of us, as we are gradually, if not immediately, becoming habitual of this.

We know that we are under surveillance when we roam in a mall, or at the metro station, even sometimes in offices and sensitive places on roads. These increasing modes of surveillance, though somewhere gives us some sort of safety but also gives us a kind of uncomforting.  Now, what Snowden revealed is not this general kind of surveillance, instead it is something that is not exactly surveillance but theft, and therefore illegal. It is where our information is being collected and accessed by any intelligence agency of a foreign country without our knowledge and even without knowledge and consent of our country. This incident is highly unethical and unconstitutional. It is illegal and it violates our rights. It is cheating and forgery.

Now after revealing this, Snowden became a villain for US intelligence. On the other hand, Snowden became a hero for many within and outside of US. Snowden shows the real spirit of being true and being right. It really doesn’t matter what his affiliation was with NSA, what really matters is importance of the revelation he made and rightfulness of the revelation. If NSA was doing wrong, it must come before everyone either through Snowden or through anyone else. The unfortunate fact is that on one hand where people are in strong support of Mr. Snowden, most of the governments do not have enough courage to show any solidarity with him.  Situation is pity where government is not responding to something for which people are offering solidarity.

It is a situation where just by denying him asylum or by not voicing for his support, governments of the world are also helping in some kind to the illegal surveillance policy of US where they all also know that it is not in benefit of the any sovereign country as well. The US pressure is so visible by  incidents where India, Poland, Brazil denied asylum to Snowden,  the plane of Bolivian president was diverted from France ,Portugal and Italy as these countries did not allow the use of the airspace and forced to ground at Austria on mere suspicion that Mr. Snowden is on board in the plane, the Vice President of Bolivia truly depicted the line “The president has been kidnapped by imperialism, and he is being held in Europe.”

We all who are not on side of US on this issue and we, the people of this world who favor truth in all of its forms and in all situation demands that Snowden must get justice and all the 21 countries where he applied for asylum should grant him asylum on the basis of humanity and justice. It is a hard unfortunate to see that US is behind a single man who revealed some sort of information in public interest that not only affect US but also to billions of people across the world.

Here it is a struggle US vs us and we, in our full capacity, can hope that our demand for Snowden will be heard and that our voice for Snowden in such a time will make a strong basis for protection of truth and justice all over the world where ‘courage to speak’ will be a virtue that we and future generation will grasp.

The author heads Mission Bharatiyam, a civil group in Delhi