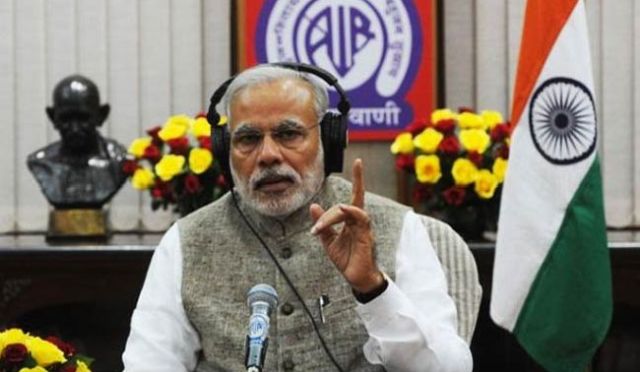 Soon after getting a controversial legislation, which has made instant triple divorce a criminal offense, passed by the Lok Sabha (lower house of Parliament), the Narendra Modi-led government in the Centre – in an apprant bid to woo his party’s new-found ally of the Muslim women – is publicising that it has facilitated women over 45 years to travel in groups of four for Haj without ‘mahram’ (a male guardian such as a father, husband, brother or son).

But the reality is that the credit for ammendment in Haj regulations goes to Saudi Arabia, not India. “Any woman over the age of 45 may travel without a Mahram with an organized group, provided she submits a letter of no objection from her Mahram authorizing her to travel for Hajj with the named group. This letter should be notarized,” said Kingdom of Saudi Arabia’s guidelines for the Islamic pilgrimage.

Islam does not prohibit women from visiting the holy cities of Mecca and Madinah to perform hajj without a mahram. There are some 25 verses in holy Quran that spell out the rules of what is lawful during the pilgrimage. However, not one of them mentions that a woman needs to have a ‘mahram’ with her.

“Since this is the rule framed by the Saudi government that women are required to travel for Hajj with a mahram, one has to obey the law of the land. According to hadith (record of the words and deeds of Prophet Muhammad), the Prophet ordained this for reasons of safety since travel was risky and one needed protection from attacks of robbers and thieves. Travel through waterless deserts was also tough,” says Rana Safvi – author and columnist who performed hajj without a mahram at the age of 48 – one of her article published DailyO.

She further said with modern amenities, security and travel ease that is no longer a concern.

All India Majlis-e-Ittehadul Muslimeen (MIM) President Asaduddin Owaisi too rejected claims by PM Modi that he had facilitated Muslim women’s travel for hajj without a male guardian.

The Hyderabad MP said that a regulation by hajj authorities of Saudi Arabia was in force for many years which allow women above the age of 45 years to perform hajj without a mahram if they travel with a group.

He told reporters here that women above 45 years of age from Indonesia, Malaysia and several other countries had been performing hajj under this Saudi regulation.

Modi in his ‘Mann Ki Baat’ speech on Sunday had said that his government had removed the restriction which allows Muslim women to perform Hajj only in the company of mahram. He had stated that injustice was done to women for decades.

The MP said if Modi had so much concern for Muslim women, he should do justice to Zakia Jafri, widow of former MP Ehsan Jafri who was killed in the 2002 Gujarat riots.

“This is all tokenism. If Modi is really concerned about Muslim women, he should provide 7 percent reservation for them in education. He has two-third majority in Parliament and he can bulldoze a bill in this regard,” Owaisi said.