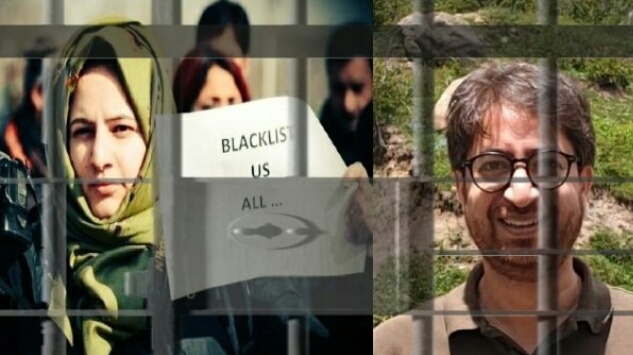 “The two new First Information Reports (FIR) against journalists in Kashmir that initiate investigations against them by the police signal the authorities’ attempt to curb the right to freedom of expression,” he added.

He observed that harassment and intimidation of journalists through draconian laws such as UAPA threatens the efforts to address the COVID-19 pandemic and creates an atmosphere of fear and reprisal.

“In Kashmir, this has been compounded through the general lockdown, prolonged restrictions on internet speed and arbitrary detentions often without any kind of documentation, access to lawyers and recourse to justice. This severely undermines the human rights guarantees of the people of Kashmir and denies the people in India and around the world’s right to know.”

Journalists in Kashmir have been summoned to police stations and forced to present themselves to explain their stories.

In the case of Peerzada Ashiq, he was asked to travel some 40 kilometres to present himself to the concerned police officer.

While speaking to Amnesty International India,  Peerzada Ashiq said, “This is second instance, since August 2019, when I was summoned and questioned by police. This time it was about two of my stories: one on diversion of COVID testing kits from Kashmir to Jammu and another on killing of two militants in South Kashmir, who were buried in North Kashmir’s Baramulla. I was questioned for reporting on the claims of the families who said that they were allowed to travel to collect the bodies (but were later denied the permission).”

Masrat Zahra, a 26-year-old award-winning photojournalist from Srinagar, has been accused on 20 April 2020 of “uploading anti-national posts [on Facebook] with criminal intentions to induce the youth” and booked under UA (P) Act and Indian Penal Code. Masrat’s work, as a freelance photo-journalist, has appeared previously in international media such as Washington Post, Al-Jazeera and Indian media such as Quint, and Caravaan among others.

In a press release issued on [date?], the Cyber Police Station Kashmir Zone, Srinagar, justified the cases brought against both journalists. The press release said Masrat Zehra’s post could ‘provoke the public to disturb law and order’, ‘glorify anti-national activities’ and Peerzada Ashiq’s  story could ‘cause fear or alarm in the minds of the public.’

However, Amnesty’s Avinash Kumar reminded,   “Under international human rights law, any restrictions on the right to freedom of expression must be demonstrably necessary and proportionate. The media plays a crucial role in reporting human rights abuses and is essential to inform the public about the factual situation and measures taken by the governments in response to COVID-19. Yet, the UAPA has been abused to target journalists and human right defenders who criticise government policies.”

The human rights watchdog body demanded that the government of India must not muzzle the press and it must immediately release and drop all charges against journalists Masrat Zehra, Peerzada Ashiq and others who remain incarcerated solely for exercising their right to freedom of expression and refrain from abusing its power in this time of crisis.

Meanwhile, the Kashmir Press Club (KPC) and Kashmir Working Journalist Association (KWJA), both the organizations  have since demanded that the police should withdraw the charges against them.

This is not the first time journalists have been targeted under the draconian UAPA law in Kashmir. Asif Sultan, a local journalist, was arrested on 27 August 2018 and jailed under the same law and has not been released since.  Other human rights defenders and journalists from across India that have been charged under this law include Arun Ferreira, Binayak Sen, Vernon Gonsalves, Sudhir Dhawale, Mahesh Raut, Shoma Sen, Surendra Gadling, Rona Wilson, Sudha Bhardwa, Varavara Rao, Gautam Navlakha, Akhil Gogoi among others.