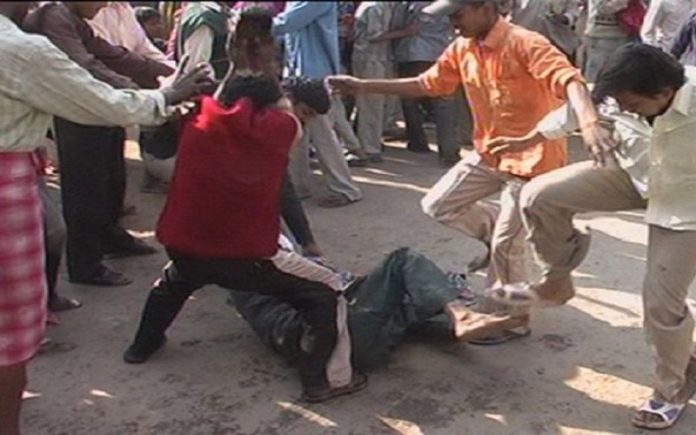 Supaul : A Muslim man was attacked and lynched by a mob in Nunu Patti area of Sadar Police Station in Supaul district of Bihar

After the incident, the relatives of the deceased and villagers blocked Nunu Patti Chowk and demanded the arrest of culprits.

According to the information, Sharif was resident of the village of Barrow Panchayat, Itahari village.

Sharif was heading towards Supaul from his native village Itahari in Bairro  Panchayat . At the same time, a cyclist riding on the road to Bairro was hit by Sharif near Nunu Patti village. Hearing news about the accident the villagers got violent surrounded Sharif and began to beat him brutally.

Police reached on the spot and took injured Sharif to Sadar Hospital, where he was referred but he succumbed to the injuries on the way.

The area is communally charged due to the mob lynching. The police is camping   in the village.

The deceased Sharif was a teacher in private seminary, he had four daughters.

A large number of people gathered at his house to see Mohammed Sharif on Wednesday.