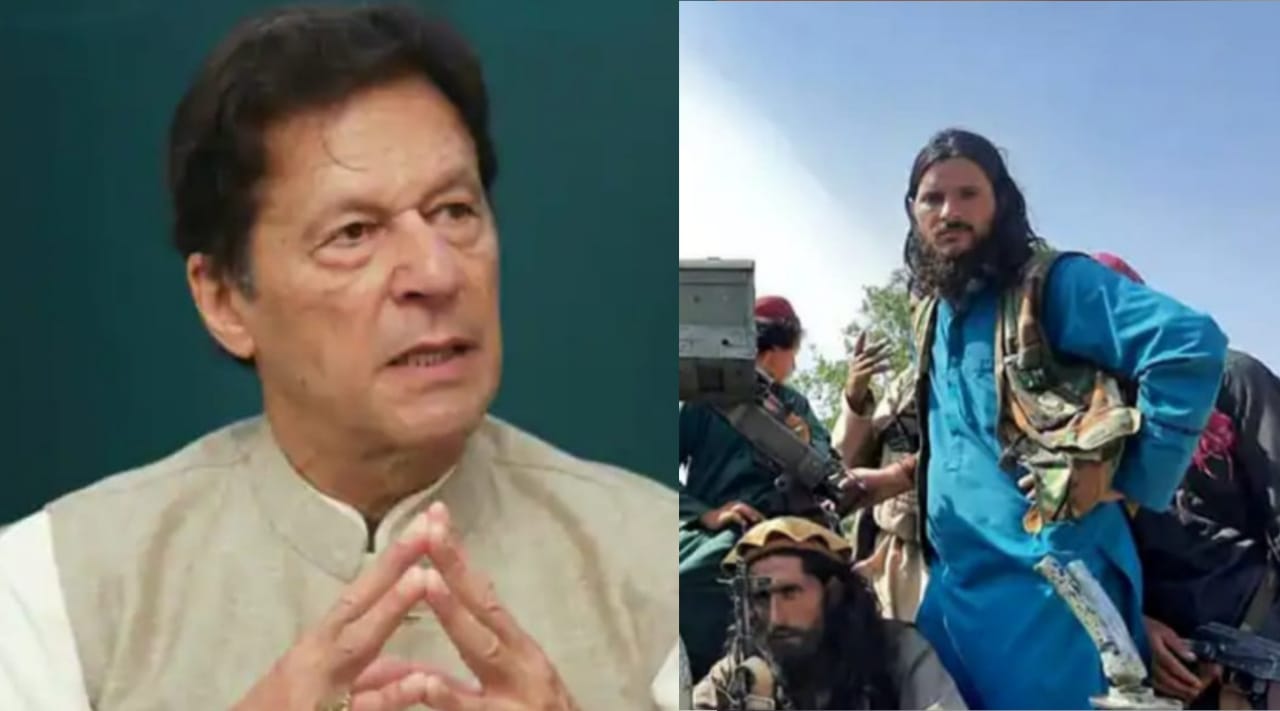 Pakistan seems to be worried that Taliban styled thinking might spread to Pakistan and secondly, the Taliban might turn out be more pro-India than pro-Pakistan.

The Taliban’s victory in Afghanistan may give Pakistan a choice to look at its relationships with its neighbours, not just from an anti-India stance as it tries to rein-in and influence Taliban to remain pro-Pakistan and not adopt an independent policy of their own.

However, the religio-politico situation of the region which started rearing its head in 1980s with the help of US and Saudi-backed fanatical elements to drive out the Soviets from Afghanistan, has increasingly showed ripple effect in Pakistan, the Tehrik-e Taliban-e Pakistan (TTP) remains a prime example of such thinking.

Pakistan is seen as working in support of the Taliban as reports suggest that it was based on the advice of Pakistani military and government officials that the US generals stuck to the Taliban’s August 31 deadline for an end to US evacuation so that the group can move forward with forming a government.

In fact the Pakistani military started working on efforts to persuade the United States to negotiate an end to the war with the Taliban even before they gained control of Afghanistan, a development Pakistani officers believed was inevitable. Based on those inputs the US started to engage with Taliban in early 2019.

Commenting on the evolving situation Ayesha Siddiqa a geo-politics adviser at SOAS, UK said that Rawalpindi invested primarily in the Taliban as it knew that US would ultimately leave Afghanistan. Rawalpindi’s prime desire was to ensure a friendly establishment in its north-western neighbouring nation, which doesn’t get exploited against Pakistan’s interests, especially by India.

However, the investment over 27 years has produced mixed results. It certainly did not translate into the Taliban doing Pakistan’s bidding. Ms. Siddiqa described Taliban spokesman Zabihullah Mujahid’s promise that Afghan media would be free as “a reminder of similar assurances about media freedom by Pakistan’s generals, which makes one realise the effort afoot to make a Taliban-led regime look increasingly like Pakistan (or even India): Hybrid-authoritarian and hybrid-theocratic… This is where the real problem for Pakistan begins.”

While Pakistani fears that the Taliban victory may give a violent boost to the TTP, the Pakistani Taliban that has close ties to their Afghan kin, the TTP had started to be active again inside Pakistan even before the Taliban capture of Afghanistan.

The Taliban victory benefits from decades in which religious fundamentalism was woven into the fabric of Pakistani society as well as some of its key institutions.

Ms. Siddiqa comments, “The fact remains that, notwithstanding the ambition to mellow the tone of religion in Afghanistan, Pakistan itself runs the risk of becoming more like its north-western neighbour – more religious and more authoritarian.”

Pakistan understands the complex situation very well and that’s why it was pushing the Taliban to opt for a truly inclusive government besides broadening its contacts with other Afghan groups. A visit last week to the Pakistani capital by representatives of the anti-Taliban Northern Alliance and other Afghan politicians is a pointer in that regard.

In discussing the fallout for Pakistan of the Taliban victory, analysts have by and large focussed on Pakistan as fertile ground for the spread of Taliban-style religious fundamentalism as well as concerns that it would enable TTP to rekindle their campaign of attacks in Pakistan.

The TTP is a coalition of Pashtun Islamist groups with close ties to the Afghan Taliban that last year joined forces with several other militant Pakistani groups, including Lashkar-e-Jhangvi, a violently anti-Shiite Sunni Muslim supremacist organisation.

“Pashtuns of the Afghan Taliban will, after a few years in power, find common cause with their Pashtun kinsmen in Pakistan… There are plenty of Pakistani Pashtuns who would prefer the whole of Khyber Pakhtunkhwa (formerly North-West Frontier Province) to be part of a wider Pashtunistan,” predicts scholar and former British ambassador to Pakistan Tim Willasey-Wilsey.

In fact, the events of the last 75 years confirm that the main focus of Pakistan’s foreign policy has always been anti-Indian in tenor and practice. It became a fertile ground for Mujahedeen in the 1970s, as it wanted to exert more influence on the Soviet state as compared to India besides stoking fire in Indian Kashmir.

Later it allied with the US just in order to belittle India, but the reality is that Pakistan has always tried to be involved in the Afghan affairs due to the economic gains also and this trend continues even now. The British Foreign Secretary Dominic Rabb, while in Pakistan last week, announced doubling of aid to Afghanistan to £286 million and released the first tranche of £30 million of that to support Afghanistan’s regional neighbours including Pakistan. Thus, in a way the foreign aid has not only lined the pockets of Afghan gang lords and politicians but even the Pakistani generals and politicians.

Due to this complexity in the Afghan affairs and the recent announcements by senior Taliban leadership with regard to India puts Pakistan in a real quandary. Pakistan might also be concerned after a Taliban official Sher Mohammed Abbas Stanekzai declared in a rare statement on foreign policy that “we give due importance to our political, economic and trade ties with India and we want these ties to continue. We are looking forward to working with India in this regard.”

Stanekzai is considered to have a soft corner for India, having trained at IMA, Dehradun during the 1980s, and it is Taliban officials like him and others who might be more pro-India, which puts Pakistan at unease along with the concern that one day the Taliban style thinking might spread through Pakistan also.

***
Asad Mirza is commentator based in New Delhi.
www.asad-mirza.blogspot.com